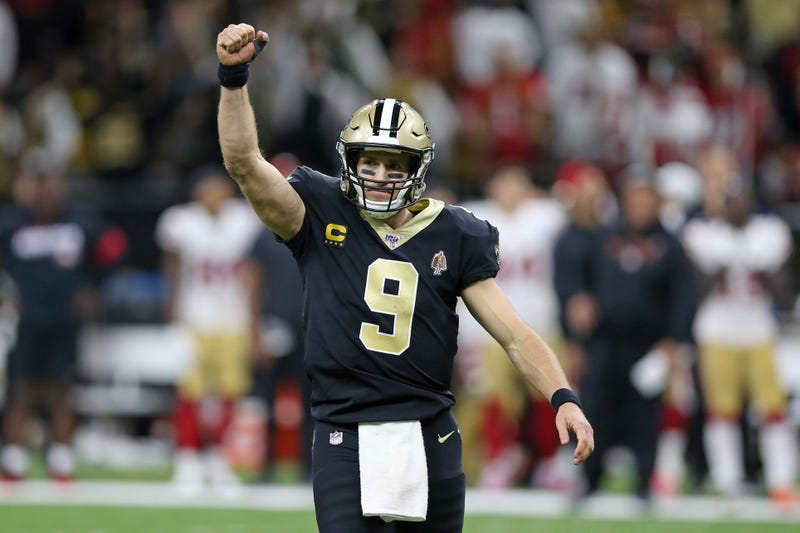 Despite coming up two points short in their loss to the 49ers last Sunday, Saints quarterback Drew Brees feels encouraged by his offense's production. They did put up 46 points in defeat, after all.

"I think that was our best game of the season as far as overall tempo and execution for the most part," Brees said. "Obviously we started fast. We've really tried to make an emphasis of that, especially over the last few weeks. And I feel like we've been able to do that."

As far as this week's opponent, the 6-7 Indianapolis Colts, Brees expects to face another salty defense.

"They're solid. They're extremely sound. Very well coached," Brees said. "They have the ability to do a lot of things. It's very much a gameplan thing depending on who they're playing  But they can get after you up front. They have probably one of the better linebackers in the league in Darius Leonard. The guy had two interceptions last week. He's all over the field making tackles. The last couple of games especially, you seem them flying to the ball creating a lot of turnovers, both interceptions and fumbles."

Brees and the Saints host the Colts in three days on Monday Night Football, and you can hear the game on WWL. Pregame coverage starts that afternoon at 3. To hear the full audio of Brees talking "QB To QB" with WWL's Bobby Hebert, click the podcast link.