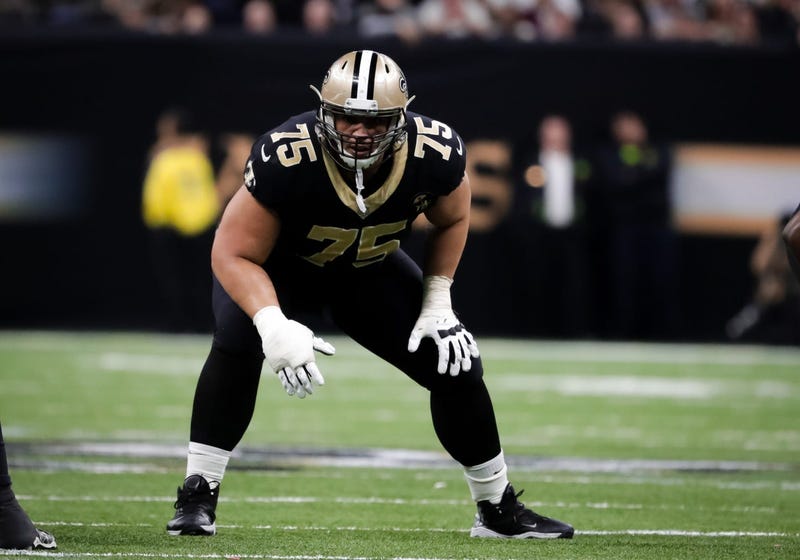 With NFL free agency's official start quickly approaching on Wednesday, the Saints are already trying to check things off their to-do list, agreeing to terms already with a couple of their own most important free agents.

Both defensive tackle David Onyemata and quarterback Drew Brees have agreed to deals that keep them in New Orleans. But there's still more work to do.

Saints Radio Network color analyst Deuce McAllister says that could include bringing back a player many thought was headed out the door in offensive guard Andrus Peat.

McAllister says there aren't enough quality guards across the NFL, so while the price tag might not be high, it still isn't cheap, but Peat hasn't drawn the type of top-dollar interest that would put him out of the Saints' price range.

The guard market has really been suppressed," McAllister said.  "When you look at the guard market, it's been really, really interesting. No, the Saints don't have to go out and overpay for Andrus Peat, but if you wanna re-sign him, it's gonna cost you a little bit.

McAllister also addressed the Saints' defensive secondary, saying the one thing they've been truly lacking is an enforcer-type player who commands the type of respect it takes to hold players accountable. But he says they may have found that player when they claimed cornerback Janoris Jenkins off of waivers late in the 2019 season.

"It's no knock on the players they've had because most of those guys were young," McAllister said. "Before they added 'Jackrabbit,' they didn't have a guy that was truly vocal and that commanded the respect of the other secondary members.

Yes, Marshon [Lattimore] is a guy... around the league, guys know not to throw to his side. but he's not a really vocal, vocal type of player. So that's the one thing I think they wanna make sure that they add."

McAllister said that they thought they had that type of vocal mentor when they signed former Panthers safety Kurt Coleman, but that injuries served to silence his impact on the locker room.

You can hear the full audio of McAllister's appearance on The Saints Hour on the Saints Radio Network by clicking the podcast link.