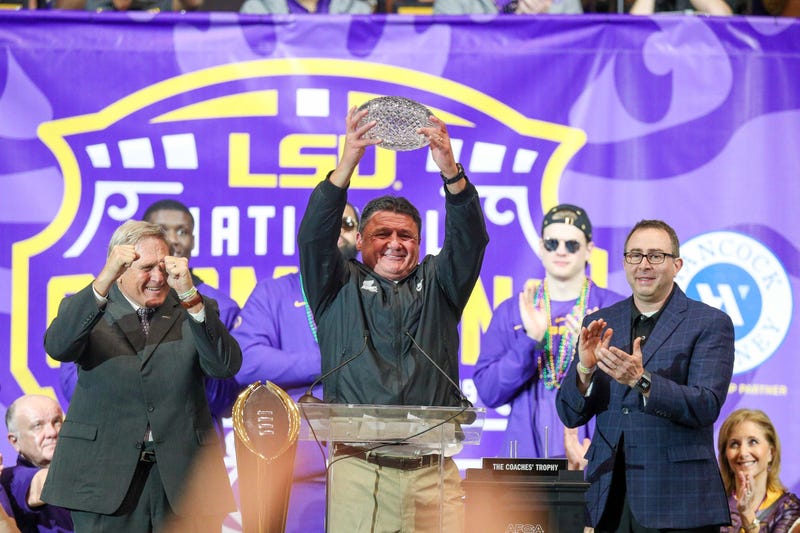 "I'm gonna go out on a limb here, and I'm gonna be by myself and stand on it all day long. Coach O is definitely a top three head coach in the country right now, if not top two."

That's the opinion of former LSU quarterback Herb Tyler, who believes LSU Coach Ed Orgeron doesn't get the due he deserves from the national media.

"I don't know another coach that is as progressive and forward-thinking as Coach O is," Tyler said.

While Tyler predicted a national championship for LSU last summer, he says he's not ready to put his 2020 expectations quite so high. But he did say he believes the Tigers are better off at quarterback than people realize.

"Myles Brennan coming up this year will shock a lot of people," Tyler said. "I've been critical of him as far as turning the ball over when he is playing in the game, but I do believe that watching Joe Burrow did last year is really going to help him and assist him in his game to develop into the player we all need him to be.

"We're not going to see the type of season we had last year as far as stats, as far as wins, but we will see that we have reloaded. We're not rebuilding."

To hear the full audio of Tyler's interview on Sports Talk, click the podcast link.