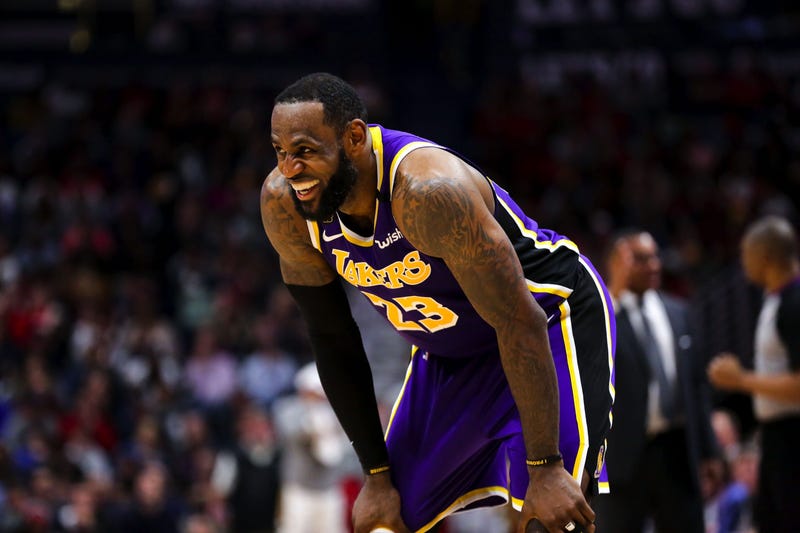 It was a situation that evolved rapidly over the weekend, with the pendulum swinging back and forth between competing opinions.

After putting forth the feeling that a return to the court was imminent by the end of next month, and while having the support of many of its biggest names, the NBA reportedly saw its plans to restart play undercut by a growing groundswell with the rank-and-file players that fill out rosters and make five-on-five play possible.

A Friday night conference call is said to have allowed the contingent of the concerned, led by Brooklyn Nets star Kyrie Irving, to express their issues to the powers-that-be.

Some players are reportedly concerned about the safety of the "bubble" the NBA is creating at Walt Disney World to keep teams isolated from the rest of the country's population in an effort to keep COVID-19 from once again invading the league's locker rooms.

It's a valid question to raise in light of reports that Disney employees who will be taking care of the players' needs during the 3 1/2 month stay in Orlando will be allowed to come and go as they please and won't be tested daily, and perhaps not at all -- a drastic difference from the players.

Other players reportedly wonder if they would be sending the right message by returning to play ball or simply serving as a distraction from the protests taking place around the country concerning the civil rights of the nation's African-American population.

NBA Commissioner Adam Silver admitted the Association is not positioned in an "ideal situation" when he appeared on ESPN Monday night.

"We are trying to find a way to our own normalcy in the middle of a pandemic, in the middle of essentially a recession or worse with 40 million unemployed, and now with enormous social unrest in the country," Silver said. "And so as we work through these issues, I can understand how some players may feel, that it's not for them... it may be for family reasons, it may be for health reasons they have, or it may be because they feel -- as some players have said very recently -- that their time is best spent elsewhere."

Speaking on WWL's "Sports Talk" Tuesday night, Marc Spears of ESPN's The Undefeated said until the players step foot in Florida, they have the leverage.

"I think they have the ability to have the best of both worlds," Spears said when discussing the push and pull between athletics and activism.

"Because everybody's not going to be there," Spears continued. "And with each team that gets eliminated, you also have an opportunity to have those guys join the outdoor movement. So they could hit the nail at both ends."

Spears believes that, in the end, the greater good would come from the NBA getting back to the business of basketball because of the audience that would see whatever message players decide to put forth.

As it stands, the NBA is still targeting the end of July to restart the 2019-20 season.

You can hear the full audio of Bobby Hebert and Zach Strief's interview with Spears by clicking the podcast link.

music
Scarlett Johansson and Colin Jost tie the knot in intimate ceremony
music
Leaked Trump administration document says Billie Eilish is 'destroying our country'
news
Trump administration shares border wall progress days before Election Day
sports
Should Trevor Lawrence try to steer himself away from the Jets?
music
Dustin Lynch and Mickey Guyton aid farmers during COVID with 'The Farm Must Go On' concert
music
Lauren Jauregui says sexual comments about her with Camila Cabello made her 'feel like a predator'