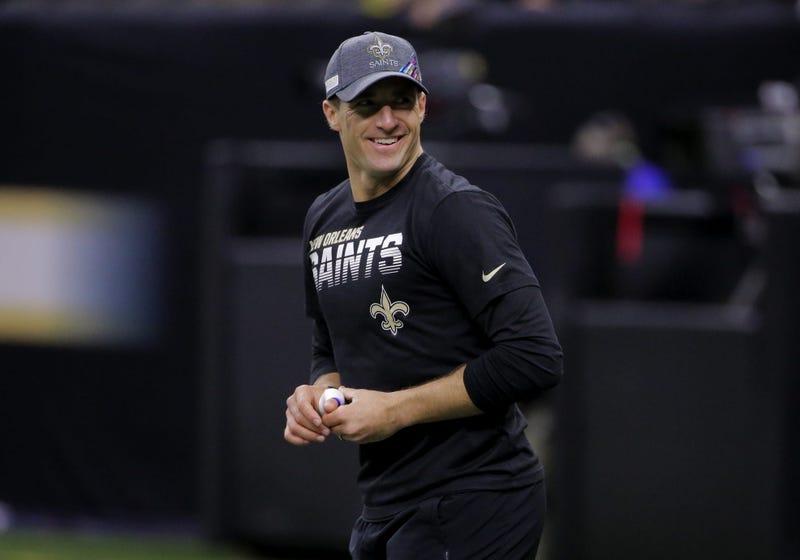 Saints quarterback Drew Brees says he feels he’s on schedule to re-enter the lineup this week when the Black and Gold hosts the Arizona Cardinals.

“Listen, that’s the plan. That’s the plan,” Brees said. “That’s been my goal. That’s been my objective all along was to kind of stay ahead of the schedule here. Stay ahead of the prognosis. Be able to get back before the bye week and not after. But I’m only gonna do that if I feel like I can be myself. So obviously I’ve tried to just focus on the process of doing every little thing with the rehab and gradually progressing to the point where now I’m able to practice. And if I can get out there and practice the way I want and play the way I want and grip the ball the way I want and all that other stuff and put our team in the best position to succeed then I plan on playing.”

Brees underwent surgery to repair the thumb on his throwing hand after getting sidelined during the Saints’ Week 2 loss to the Los Angeles Rams. Originally the target date for his return was reportedly Week 10 against the Atlanta Falcons, which would have put his return after next week’s bye week. Brees vowed at the time to beat that timeline.

“It felt good today,” Brees said. “And as we go along throughout the week in practice, that will continue to get better and better, especially as we get more live looks. I think that’s the point I kind of reached even last week. I can sit there and throw to receivers on air all day, but it’s time to get competitive and get into a competitive environment with real bullets flying around you and just get back into the swing of it.”

Brees also talked about what he’s been doing to get ready for his return.

“Throughout the rehab, I’ve tried where we tried to mimic what might happen in a game,” Brees said. “Just doing a lot of gripping-type exercises where you’re having to catch a heavy ball that’s kind of yanking on the thumb a little bit when you catch it, just to kind of get that comfort level and that confidence back.”

And he talked about the new perspective he’s gained from watching the last five weeks play out from the sideline.

“When you see it from the sideline, it kind of causes you to have to simplify the game quite a bit,” Brees said. “We all have a tendency to overanalyze and make the game maybe more difficult than it needs to be instead of just trusting some of the simple little things and the processes that allow you to play fast and allow you to play confident.”

We likely won’t learn until Sunday whether or not Brees will actually make the start against the Cardinals. Kickoff for that game is set for noon in the Mercedes-Benz Superdome. Our coverage on WWL will start that morning at 8. You can hear the full audio of “QB To QB” by clicking the podcast link.