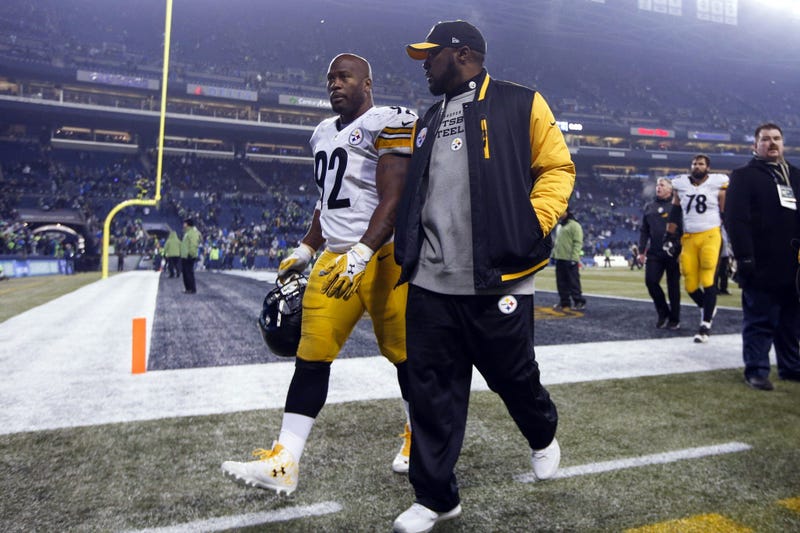 As news broke Thursday afternoon about comments by former Steelers linebacker James Harrison that hinted heavily at the same type of bounty program in Pittsburgh in 2010 for which the NFL levied huge punishments at the New Orleans Saints, Saints Coach Sean Payton happened to be appearing on a radio station in Baltimore and made headlines for saying "don't hold your breath" waiting for the NFL to take action.

That night, the "Voice of the Saints" Zach Strief, a lineman on the team at the time of the punishment, echoed that sentiment and took it a step further.

"I probably have an unpopular opinion to some people," Strief said. "I refuse to accept that what the NFL wrongly did to the Saints should be applied for the rest of the league.

"It went on for 60 years. The job of the defensive player is to hit, to intimidate, not necessarily to injure."

Strief spent the better part of a half-hour offering his opinion on a wide range of topics, including the Saints' re-signing of backup offensive lineman Patrick Omameh. Strief says there's no reason to believe Omameh can't be the swing tackle the team needs on its offensive line.

"He certainly was last year," Strief said. "It was fascinating because Patrick hadn't really done that before in the NFL. He's going into his eighth year. He's a really physical player and he's tough. Those are attributes that really bode well for someone who has to play the swing position.

"I think it's a great signing for the Saints. I think that veteran depth is so important."

"I often felt obligated to Drew but they're really different in terms of leadership styles," Strief said.

"To be honest with you, the way I talked to teammates was probably closer to [Jordan] than Drew. Drew is a leadership by example guy. Now, when you get into a huddle with Drew, do you feel like, 'I'd better be on my A-game otherwise I'm gonna be exposed because everything else is operating well.'? Yeah you do. You feel a need to raise your performance to that level."

You can hear the full audio of Strief's chat with Kristian Garic on Sports Talk by clicking the podcast link.