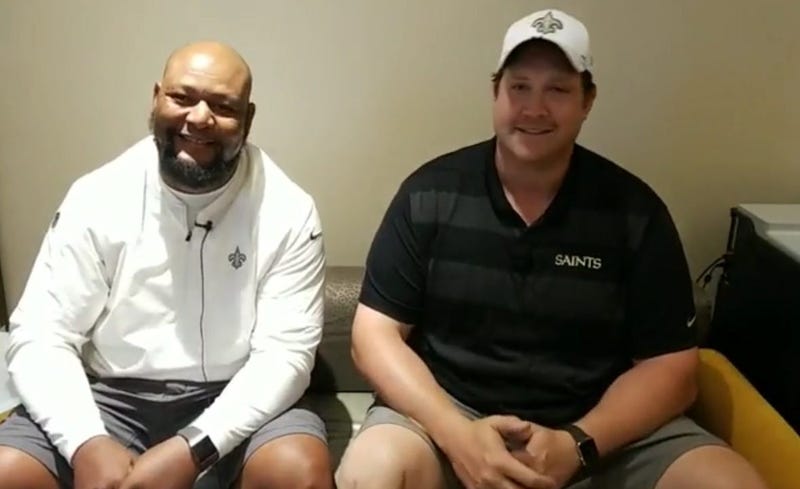 The Saints’ first joint-practice against the Los Angeles Chargers in Costa Mesa, Calif., is in the books, and according to Zach Strief and Deuce McAllister of the Saints Radio Network, the Black and Gold were more than up to the task of competing against a top AFC contender.

“Overall the Saints held their own, and if you’re really being honest, the Saints probably won some of those periods,” McAllister said. “It was really good competition.”

“The height he was able to get on the ball, I think sometimes you take that for granted. It was a noticeable difference,” McAllister said.

“A lot of people feel like this is the year he needs to make a jump,” Strief said.

“This has to be the year. The talent is there,” McAllister added. “Whether he was on the left side or the right side, he was able to get consistent pressure. He was just living in the backfield.”

Strief and McAllister made these observations and more as part of a Facebook video immediately after practice. You can view that video here.

Both Strief and McAllister also joined WWL’s Sports Talk on Thursday afternoon. You can hear those interviews by clicking the podcast link. We'll bring you Saints-Chargers in preseason game #2 on Sunday at 3pm on WWL.