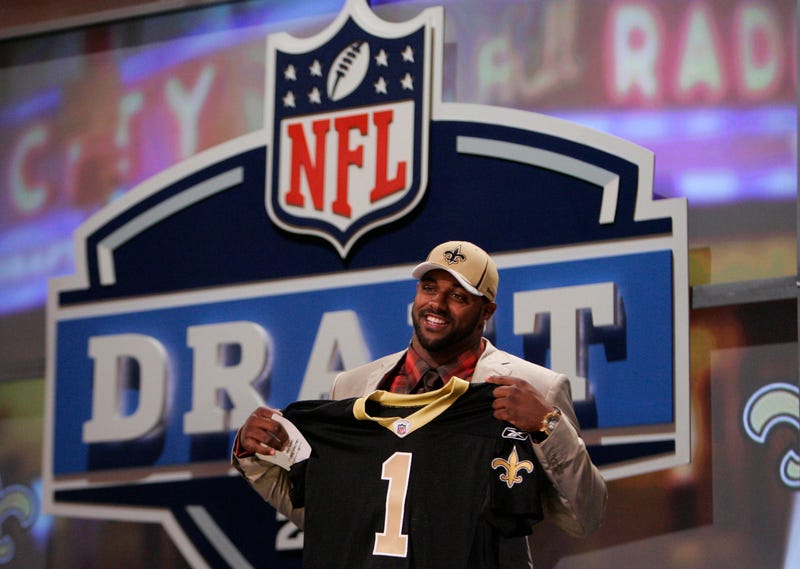 The Saints aren’t scheduled to be on-the-clock until the end of the first round of the 2020 draft, owning the 24th overall pick. Taking a look back at the recent history of that spot reveals it has been used on: 3 defensive backs, 2 wide receivers, 2 defensive ends, 1 running back, 1 offensive tackle and 1 guard over the past 10 years.

Became the first Raiders rookie to run for over 1,000 yards in a season finishing with 1,150 yards and 7 touchdowns Jacobs is a violent, powerful rusher that added 20 receptions for 166 yards in 13 games.

Coach Jon Gruden and general manager Mike Mayock were determined to make their own mark on the Raiders roster as they were not afraid to deal away talents like Khalil Mack and Amari Cooper in order to accumulate draft picks. They did the same with Conley, getting a 3rd rounder from the Texans during the 2019 season. The 6ft, 190 lbs. corner has tallied 4 interceptions with 29 passes defensed and 1 TD in his first 4 years in the NFL, appearing in 31 games.

Cincinnati had to put Jackson on IR his rookie season due to a torn pectoral muscle, while a shoulder injury last year has him on injured reserve once again. The 27-year-old is entering the last year of his rookie deal trying to prove he is better than the 2 career INTS in 45 games played indicate.

Got a three-year, $45 million contract extension from Arizona this offseason despite a rough start in the desert. He was a healthy scratch for the entirety of his rookie season, then injuries would limit Humphries to 27 games over the next three years. The left tackle cashed in after playing a full 16 game season for the first in his career in 2019.

Dennard is currently an unrestricted free agent after he and the Jaguars could not agree on terms on a contract. His best season came in in 2017 with career highs in interceptions (2), sacks (2), passes defended (6x), tackles (85) and games played (16). Dennard did not play until Week 7 a year ago after offseason arthroscopic knee surgery.

The one real bust of the group. Werner showed promise his rookie season logging 18 tackles, three for loss and 2.5 sacks, then knee and shoulder injuries began to take their toll on him. He would get waived by Indianapolis in 2015 and spent the 2016 offseason in Jacksonville before getting cut prior to the regular season and has been out of football since.

The 5-time Pro Bowler and 3-time All-Pro has turned into one of the best guards in the game. DeCastro has proven to be a 6ft5, 316 pound force on the offensive lineman, while staying relatively healthy missing just 3 games in the last 6 years.

How great would it be if the Black & Gold could turn this year’s 24th overall pick into another Cam Jordan? He has always been elite against the run, and like a fine wine, has aged into a smooth pass rusher that has notched double-digit sacks over the past 3 seasons. The 3 time All-Pro is also a strong voice of leadership in the locker room.

Most #Browns story ever: In the 2011 draft, the #Saints drafted Cameron Jordan in the first round. The next day, the #Browns called Jordan to tell him they're picking him. -- ♂️(via @dpshow)pic.twitter.com/DPOk6b0OUY

The 31-year-old is still trying to make a comeback in the NFL, but tearing his Achilles tendon during a Saints practice in 2018 has his future playing days in doubt. Bryant is a big, physical receiver who has recorded 531 catches for 7,459 yards and 73 touchdown.  He may end up reuniting with Dallas as he has been working out with QB Dak Prescott.