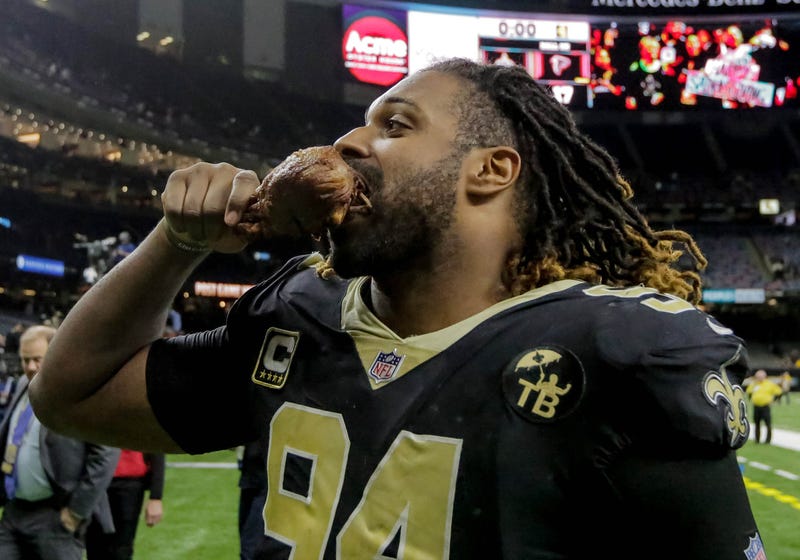 November 28, 2019 11/28/2019 1:50 pm
Week 10 felt like a bad dream for the Who Dat Nation. The Falcons came to New Orleans with a single win, no rushing attack and a leaky defense giving up 28 points per game.  They ended up keeping the Saints out the endzone for the 1st time at home in the Payton/Brees era, ran for 143 yards and left the Superdome with their 2nd victory of the season putting an end to a Black & Gold’s 6 game win streak. Huh?

From @gmfb: The #Falcons are optimistic about having WR Julio Jones (shoulder) today, assuming his shoulder is strong enough... Meanwhile, the #Saints are slated to get CB Marshon Lattimore (hamstring) back today. pic.twitter.com/KWwXwU1QAs

The Saints were the ones who laid an egg not the Dirty Birds, but the Black & Gold get a chance at redemption in Atlanta’s house just eighteen days later. It could be sweet revenge since Saints players will have NFC South champion swag waiting in the visiting locker room if they are triumphant on Thanksgiving. Here are my 3 keys to roasting the Falcons:

Enough with the penalties!

The Saints had 12 penalties for 90 yards in the 1st meeting with the Falcons and it’s an unfortunate trend with this year’s team.  New Orleans has been penalized a total of 86 times, which is well above the league average of 79.  Most of the flags have been offensive holding calls and false starts that are good for stalling drives. This 2019 team is on pace for the most flags in the Payton/Brees era, and remains a focal point of fixing as Coach said “it’s gonna cost us in a bigger game.”

The commitment to run

Zoom & Boom isn’t a thing anymore with Mark Ingram gone, but free agent addition Latavious Murray has been a solid compliment to Alvin Kamara.  Personnel has not been the issue, it’s been an overall commitment to the ground attack.

Back in week 10, the Saints finished with a whooping total of 11 rushing attempts for 52 yards. That’s not enough and allowed the Falcons pass rush to pin their ears back and pour on the pressure. What do you know, Drew Brees wound up getting 6 times in that game.  With no Andrus Peat or Terron Armstead on the left side of the offensive line, keeping Atlanta’s defense off kilter becomes even more crucial.

Atlanta was the aggressor in the Superdome last meeting, and the Fluer Di Lis D needs to return the favor as guests in their Mercedes Benz Stadium. The Falcons not only managed to sack Brees 6 times, they also tallied 11 hits on the QB in the first meeting. Matt Ryan didn’t feel the same heat from a Saints pass rush that finished with 1 sack and 5 QB hits. The Black & Gold should be able to Atlatna’s QB. Ryan has been sacked 29 times which is 7th most in the league.

The saying is that “payback’s a bitch” and it does not matter that it’s a holiday; the Black & Gold are coming to collect.

Fair warning to the media when asking about the "revenge factor" this week between the Saints vs. Falcons --"We're gunning for Thursday." - @camjordan94 pic.twitter.com/H4cN2Bx8YA

No need to worry about looking ahead to next week against San Francisco since the memory of getting stunned by underachieving Atlanta remains fresh in their minds.  Even though the Saints had to travel on a short week, they will be fine-tuned for this NFC South showdown that can end with a division title. Saints 31 Falcons 21

Sean Payton: we are playing for a chance to win the division and to do that on Thanksgiving is earlier than we've ever done it before #Saints pic.twitter.com/SemlnlnWUp