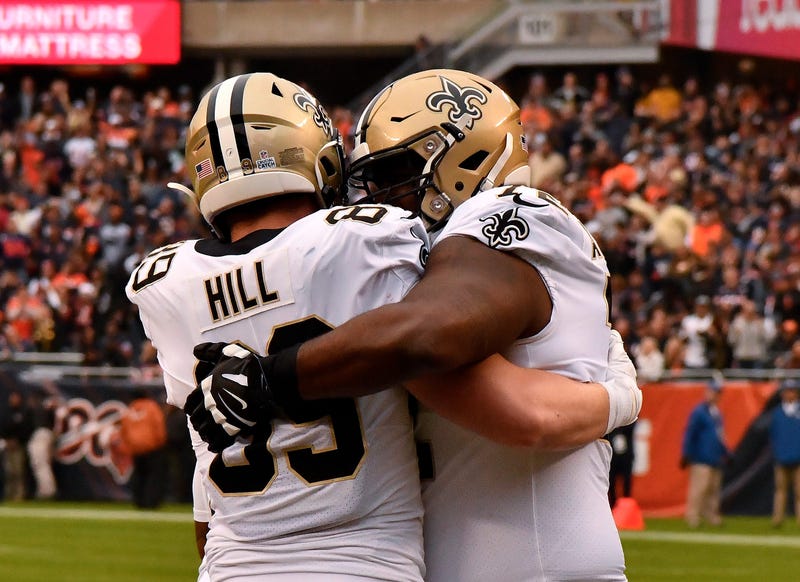 The 2020 New Orleans Saints are jammed packed with talent and appear to be one of the toughest teams, top to bottom, in the NFL. The roster is dripping with star power, with the likes of Drew Brees, Michael Thomas, Cam Jordan and Demario Davis.  But, not every player can be in the bright spotlight. Some key contributions come from role players or guys who don’t get the recognition they deserve,

Like, did you know Josh Hill is heading into year 8 with the Saints? He is one of the undrafted gems that scouts found and has been polished into a trusted tight end. Hill isn’t going to put up eye-popping stats, but does deal with the “dirty work”, like run and pass blocking along with contributing on special teams.

Saints TE Josh Hill working across the formation, lining up, and obliterating a DB pic.twitter.com/NXSOWzGAZY

Hill was forced out of week 5’s contest against Tampa Bay last year with a concussion and Coach Payton’s post game comments about the tight end were sure attention grabbing.

“…losing him was like losing your front door. All of a sudden there are 58 plays on the call sheet and he was involved in a lot of them….”

Those were strong words for a back-up TE since not having your front door makes you feel unsafe and vulnerable. Luckily, the 30-year-old hasn’t missed a game the past 3 years.

On defense, safety Marcus Williams seems to get more criticism than praise from fans.  A solid rookie season in 2017 ended with an unfortunate whiff in the playoffs.  But, he was able to get past “The Minneapolis Miracle” and has been an important asset in the secondary.

Last season, he allowed one touchdown while getting targeted 39 times and also managed to corral four interceptions that included a pick-six in Tampa Bay.

Marcus Williams with the Pick 6! pic.twitter.com/Z4erWztyMO

Williams’ ball hawking skills have resulted in 10 career INTs along with two forced fumbles and one fumble recovered since getting selected in the 2nd round of the 2017 draft. But, shoddy tackling, not his coverage ability, is what Williams seems to be most known for.

The 23-year old is entering the last year of his rookie deal and should have plenty of teams in pursuit of his ability to create turnovers if the Saints do not extend him an offer.