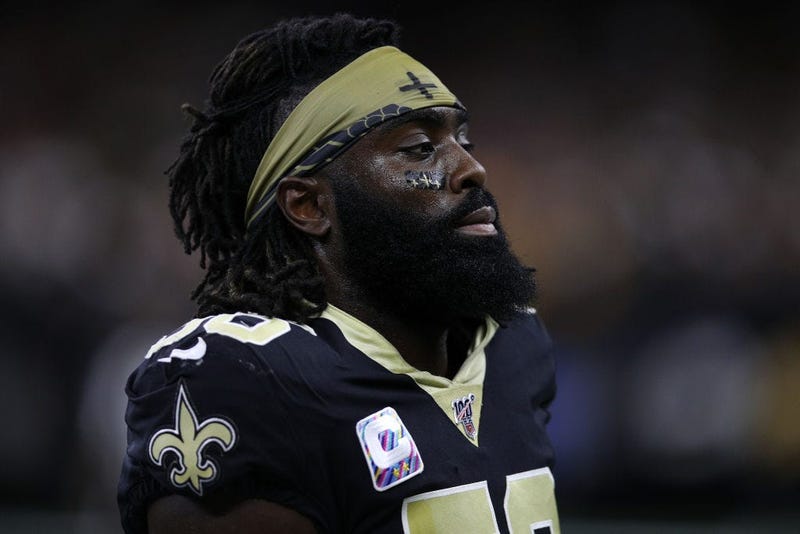 Turning a negative into a positive is easy to say, but not as easy to accomplish.  Saints linebacker Demario Davis has turned getting fined by the NFL into being honored for charity work.  Wearing a “Man of God” headband was going to cost Davis $7k since it violates the league's "personal message" policy under uniform restrictions.

“Of course you don't want to be fined,” Davis said on the initial news. “Nobody wants to lose money but I think any time that the conversation about God is brought up, especially in these times, I think it's always a positive or silver lining.”

Davis started to sell the headbands, donating 100% of the proceeds to a hospital in his home state of Mississippi and the NFL eventually took back the fine.

So, I got fined $7K for my headband. Should I continue to wear it, or nah? #LetThePeopleDecide #ManOfThePeople #ManOfGod ((You can get a #ManOfGod or #WomanOfGod headband too. Hit the link in my bio to get yours and benefit St. Dominic’s Hospital))

Now, those headbands have raised over $250k and the NFL Players Association has named Davis their Community MVP for this week.

“I wore that headband for weeks before it was even noticed, not realizing it was an issue,” Davis said. “Since the time I was fined, I’ve been fortunate enough to take that $7,000 negative and turn it into a $250,000 positive for someone else.”

Davis also recently surprised students at St. Louis King of France School in New Orleans with a pizza party and “Child of God” headbands while continuing to raise money for St. Dominic Hospital.

Demario Davis had a very special surprise for one local school today --[ A thread > pic.twitter.com/u6O1Xxn7Qv

In honor of Davis being named this week’s Community MVP, the NFLPA will make a $10,000 contribution to a foundation or charity of his choice.