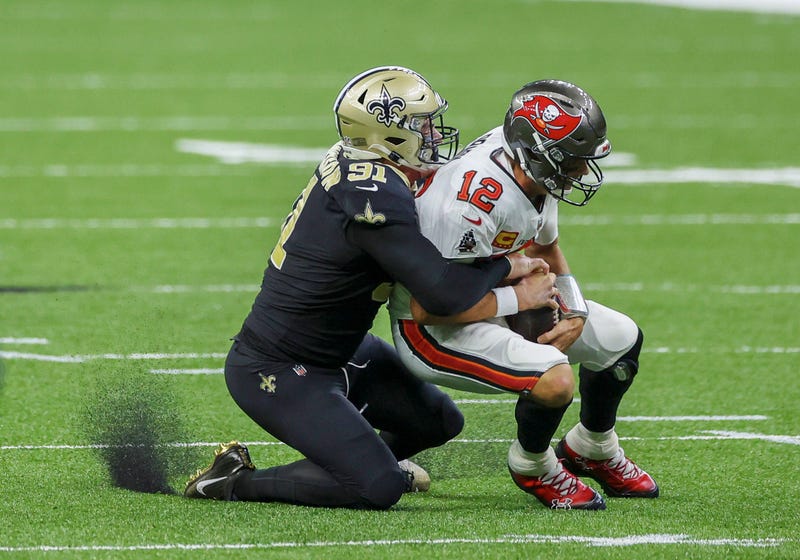 With Marcus Davenport out of the lineup, Trey Hendrickson took advantage of opportunity knocking in the season opener.  The 6ft4, 270 pound defensive end got the starting nod opposite of Cam Jordan against the Buccaneers and delivered with a sack, a tackle for loss, two hits on the quarterback and 4 tackles.

The T-Rex was disruptive! Sean Payton called his performance “outstanding” during on WWL’s Saints Coaches Show and hard not to notice when re-watching the game footage.

"I'd say I'm blessed to rush with Cam and Marcus,” Hendrickson said. “They are two guys that are like an iron sharpens iron kind of thing, you know. Rushing with those guys, you pick up a lot and you start seeing things and learning. Talking to Cam and Marcus about this set, that set; you pick up a lot and I think, as a group, we are rolling. It's a special room. So, I am excited for this season and to get after it."

The 25-year-old put up career numbers in 2019 getting 4.5 sacks, 4 TFL, 9 hits on the QB and a forced fumble in 13 games. Has there been something Hendrickson’s picked up from his fellow d-ends?

"It would be something technical or keys and stuff like that, but it's really just competing with those guys,” Hendrickson responded. "They bring the level of competition in a room so high. I'm truly blessed because it's something I'm going to appreciate for a long time."

This is a contract year for the 2016 3rd round pick out of Florida Atlantic. Hendrickson’s development has been hampered by injuries, appearing in just 30 games his first three years. But, his high-octane engine along with a nastiness in the trenches are never in doubt.