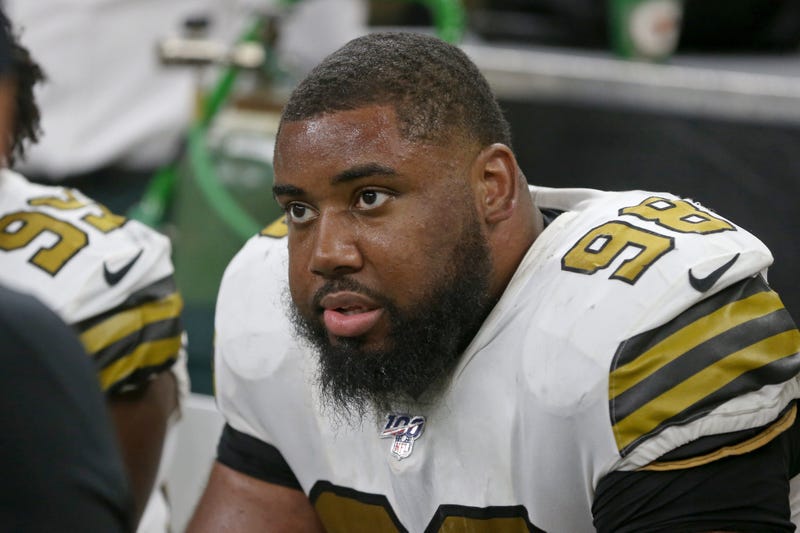 Saints players have spoken. In a team vote they have dubbed defensive tackle Sheldon Rankins the club’s 2019 Ed Block Courage Award winner.  A player on every NFL squad is recognized yearly for persevering through adversity.

“It is always good to be voted for anything in a positive light by your peers,” Rankins said in a media release sent out by the team. “Obviously, everything I went through this past year with my Achilles, I was just doing everything I can to get back as soon as possible.”

The 25 year old got hurt in the playoff game against the Eagles January 13 2019 and was back on the field week 4 September 29th against Dallas. Rankins has tallied two sacks and five quarterback hits through his first nine games.

Rankins was the Saints 1st round pick in 2016 out of Louisville and has totaled 16 sacks with 3 forced fumbles, 22 tackles for loss, 35 hits on the QB, 1 INT and 2 passes defensed.

Each year the Ed Block Courage Awards honor players who overcome adversity on the field, possess strong character and a will to endure life’s trials, and who continuously strive for excellence on and off the field. The award is named after Ed Block, the longtime head athletic trainer of the Baltimore Colts who was a pioneer in his profession and a respected humanitarian. All 32 of this year’s Ed Block Courage Award recipients will be honored at a banquet in Baltimore. Proceeds from the event benefit abused children of the Courage House National Support Network.

***Lagniappe***
Pre-Thanksgiving the Saints shared this video of Rankins talking about what’s really important about the holiday….food!

Reminder on what Sheldon Rankins' favorite part about Thanksgiving is ---- #Saints pic.twitter.com/hW6kzML2Ao