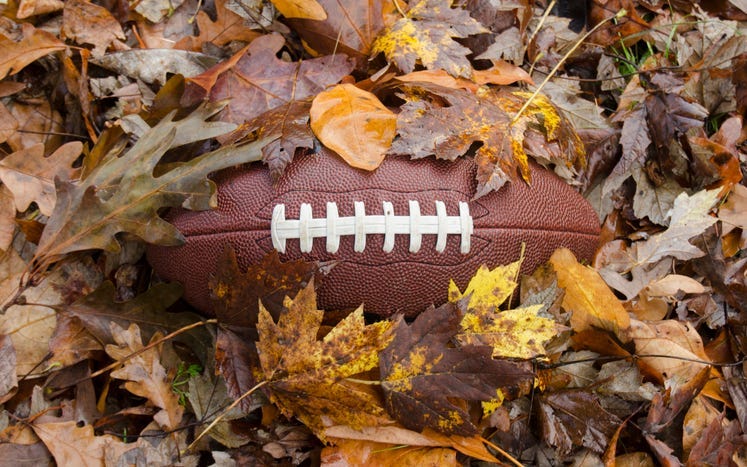 Finally it’s here. The “end” of summer.  Astronomically it occurs with the autumnal equinox, which, this year, happens on Monday September 23rd at 2:50 central time.  In a fashion sense, summer ends with the celebration of Labor Day.  Accordingly you’re committing a fashion faux pas if you wear white after that first Monday in September.  Here, as it relates to weather, some consider the end of summer the statistical peak of hurricane season which mathematically happens on the tenth of September.

I, personally, mark the end of summer and the celebration of fall with the first Saints game of the regular season and LSU’s first big opponent of the season.

By my calendar fall officially begins on Saturday evening when our number 6 Tigers tackle the ninth ranked Texas Longhorns in a nationally televised game that kicks off at 6:30.  Autumn will be over after LSU wins the national championship, and the Saints win the Super Bowl.  One of the great things about fall is the optimism that comes with it.

The Tigers looked invincible against Georgia Southern. They should have. They were obviously bigger, faster and stronger.  They’ll be tested against the Longhorns.  I think they’ll pass that test and move into the top five.  Call me crazy but I think as the fall progresses they’ll get better and better and, perhaps it owes to the change in the color of leaves from green to a different shade of green, but I genuinely believe this is the year our Tigers take down the Alabama machine that Nick Saban runs in Tuscaloosa.

Meanwhile our war against the state of Texas continues Monday night when our beloved boys in Black and Gold open their championship season against the Houston Texans.  Home opener.  Monday Night Football.  Good luck with that J.J. Watt and DeAndre Hopkins.

I know the Saints will be ready.  Will you be?  Remember it’s a 6:10 kickoff so get there early and make sure you’re in your seats in time for the WHO DAT chant to set the tone for the game.

I used to waste a lot of the football season because I equated it with the arrival of cool weather and the cold gray skies of autumn.  Don’t do it.  By the time it turns cold you’ve missed most of the season.  Ironically I’ve come to realize that football is a sport played in the summer that begins in fall.  Go Tigers! Who Dat!

Autumn is here.  Game on!