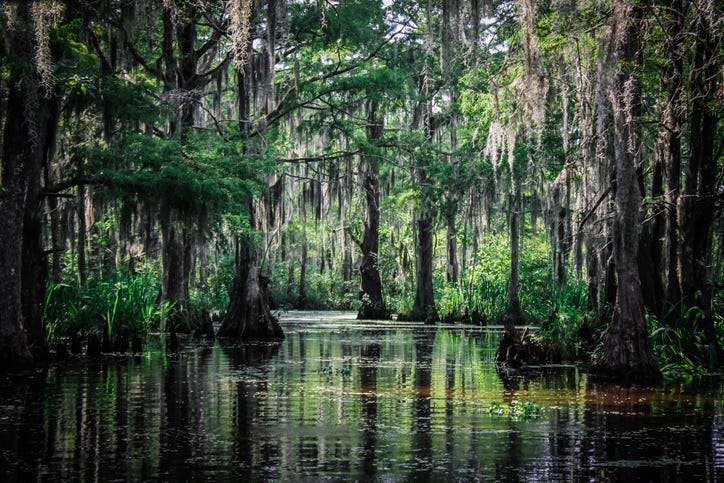 It has been a ridiculously, hyperactive hurricane season…SO FAR. I put “so far” in all caps because we’ve still got a way to go. The season ends November 30th, and meteorologists aren’t sure we’re through with Sally either. Her remnants are expected to horizontally traverse the south then re-emerge over those warm Atlantic waters. What happens from there is anybody’s guess.

When faced with a tropical threat, it really doesn’t matter where on the list it shows up. What matters GREATLY, though, is what can be done to mitigate loss of human life and damage to property.

Nothing man has ever created can rival the power of mother nature. After acknowledging that it would seem only logical to turn TO mother nature when looking for protection FROM the fury of a powerful hurricane and the savage storm surge that comes along with it. That natural protection has been greatly diminished with the loss of wetlands and coastal erosion. The big question is “How do we get it back?”

That was the topic of the conversation we had this morning with Bob Thomas, Director of the Center for Environmental Communication at Loyola University here in New Orleans. Is it possible to restore the wetlands? Is the clock running out on our chances to do that? And how would we even go about it?