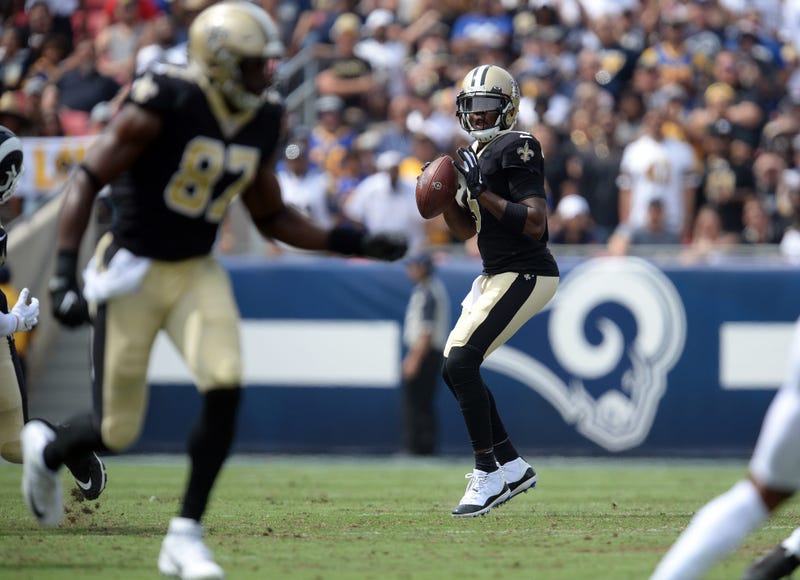 Those words of wisdom were first spoken by Carlton “Pudge” Fisk, a catcher for the Boston Red Sox.  I first became familiar with them when Paul Azinger, a professional golfer, used the phrase while he battled cancer.  Both “Pudge” and “Zinger” live on, as do those profound words.

So here we are.  Two games into the season and our Hall of Fame quarterback is out for at least six weeks.  Oh well.  I guess that’s it.  Let's just play out the string and wait for 2020, right?

For the life of me, I don’t know why some folks don’t like Teddy Bridgewater.  He came back from horrific knee injuries to play in the NFL.  BOTH knees.  At the SAME time.  Who, then, could rationally challenge his dedication and toughness?  Not me.  He was a star at Louisville and for the Minnesota Vikings before his injuries.  Who, then, could question his talent and ability?  Not me. Teddy Bridgewater has both achieved AND overcome.  He’s our guy nowh and I have faith.

Against the Rams, Teddy was thrust into the role of replacing our record setting, Hall of Fame quarterback.  Could you realistically expect TB to seamlessly take over when Drew got hurt?  Of course not.  Bridgewater was put in the position of executing a game plan that was not designed for him after a week of taking limited reps as the backup.

This week, against the Seahawks, we should get a better idea of how he’ll play while No. 9 is out.  He’ll have the reps of the starting quarterback during practice while learning a game plan built around him.  I’m optimistic.  I think he’ll do well.  But it’s about more than him.

The late Jim Valvano, when he was battling cancer, said “Don’t give up.  Don’t EVER give up."

So what are we going to do, Who Dat Nation? Wait until next year?  Absolutely, positively, emphatically, HELL NO. At least that’s the way I see it.  Will it be a storybook ending or has the final chapter of the 2019 Saints season already been written?  I don’t know but, I’m “not giving up. I’m NEVER giving up.”  Remember, it’s not what you achieve in life; it’s what you OVERCOME.