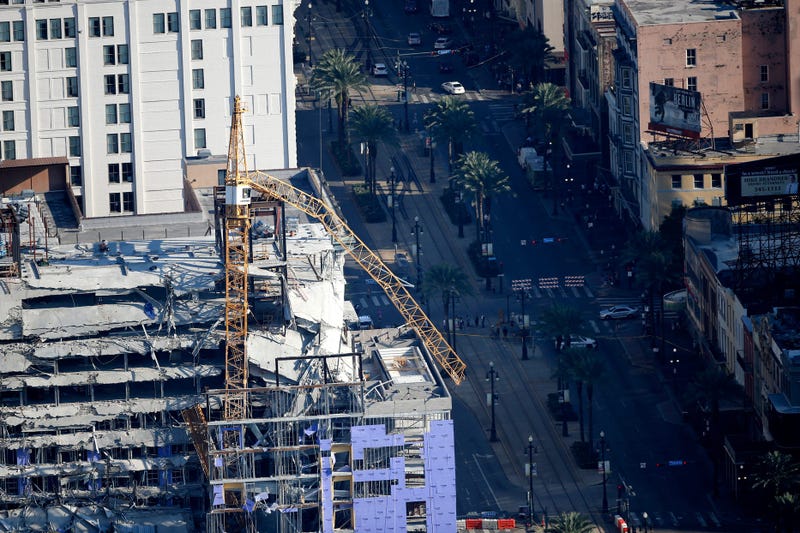 It’s nice when New Orleans unites, and we all come together linked by a common cause. It can be joyous as we celebrate a victory by the Saints or Pelicans. Sometimes our unity is caused by a shared tragedy like Hurricane Katrina. Other times, and this happened this week, a community can be joined in their outrage.

Our outrage this week was aimed at the Kailas collapse site. It's commonly referred to as the “Hard Rock collapse” but Hard Rock didn’t even get involved until the building was well under construction. Shock and anger were the common elements when a tarp blew away at the Kailas collapse, revealing human remains, specifically the legs of a victim dangling from the rubble.

The City’s response, at least initially, was far from adequate. A day later NOFD was able to reinstall a tarp to partially cover the remains; however, they said they couldn’t say how long it would last. The sight of a victim’s pinned body was shocking, but you can’t blame the tarp or whomever installed it. The blame falls on those that have prevented or stalled the clearing of the Kailas collapse site.

With that in mind, we spent over two hours this morning trying to determine why it’s taking so long. Investigation and litigation could be a minor part of the problem, but apparently most of the irresponsibility rests on the shoulders of Mohan Kailas and 1031 Canal Development LLC.

As you may remember, two cranes landed in precarious positions and step one was to take them down. D.H. Griffin Companies was chosen for the project. Kailas didn’t have the five million dollars for the project. Hard Rock fronted it, even though they said their company had no involvement in the design or construction of the building that collapsed and "had no obligation to financially support the crane demolition."  They said they sent the funds "to allow the Kailas Companies to fulfill its obligations."  That happened in mid- October, prompted by the threat of Tropical Storm Nestor. I wonder how long that would have taken if not for Nestor.

The relative success of the crane demolition is still being debated, but that same company, D.H. Griffin, is set to proceed with the implosion of what’s left so the clean up to commence.