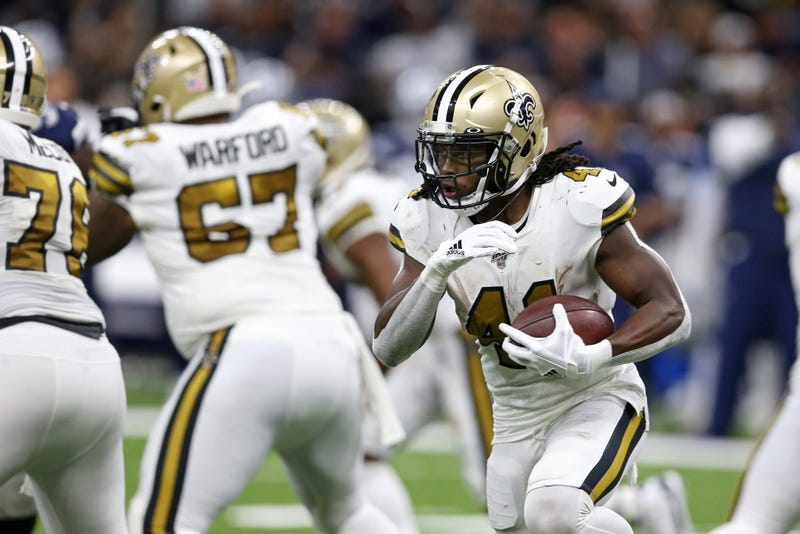 Teddy Bridgewater did not have the prettiest of stat lines in the New Orleans Saints 12-10 win over the Dallas Cowboys, but he did enough for the Saints to win.

“I thought he managed the game,” Bobby Hebert said.  “He's still getting sacked way too many times.  He got sacked five times; if Drew [Brees] is playing, he probably only takes two or three of those sacks.”

Hebert then specifically brought up the sack Bridgewater took on the Saints last offensive play, a 16 yard sack that took the offense out of field goal range.

“Obviously, you cannot take that sack there at the end,” Hebert stressed.  “Sometimes, you can't try to make a great play.  You just have to know what's on the line right there.  And Teddy knows he can't do that.”

Hebert was impressed with other parts of Bridgewater's performance, though.

“Bridgewater was outstanding with a couple of those back shoulder throws to Michael Thomas,” Hebert said.  “Those throws were as good as anyone in the NFL can make.  Those were darts; those were lasers.”

With Bridgewater managing the game, New Orleans once again leaned on their special teams and defense.  Hebert believes the different ways the Saints are winning is testament to how this team is built.

“Top to bottom, the Saints roster is strong,” Hebert gushed.  “We have one of the best rosters in the NFL.  Even with Drew Brees injured, this roster is probably in the top five, not just in the NFC, but in the entire NFL.”

Hebert praised how the Saints front office has composed the roster, and he singled out one recent free agent signing in particular.

“I've always been a big Demario Davis fan,” Hebert said.  “He has even better numbers than Jonathan Vilma did after the Saints signed him.  Demario Davis is one of the greatest free agent acquisitions in Saints history.”

The strength of the roster has allowed the Black & Gold to do more than just limp along with Drew Brees injured.  They're 2-0, and they've beaten two good NFC teams.

“The Saints are more than weathering the storm,” Hebert declared.  “After Brees went down, you were thinking the Saints could hopefully get to 10 wins.  Now you're thinking more in the 11 or 12 win range and potential home field advantage in the playoffs.”

music
It might not be sour candy, but Lady Gaga is giving us ‘Chromatica’ themed Oreos
sports
Buster Olney: ‘Rival executive’ expects Kluber to sign with one of Yankees, Red Sox or Mets
sports
Kevin Durant denies speaking with James Harden about Nets: 'They're making these stories up'
music
Keke Palmer posts inspiring PCOS makeup-free acne photo: 'I know this is not me’
music
Harry Styles answers critics perfectly with post calling for the return of 'manly men'
sports
Kirk Herbstreit worried for college football: 'What the hell is happening to our sport?'