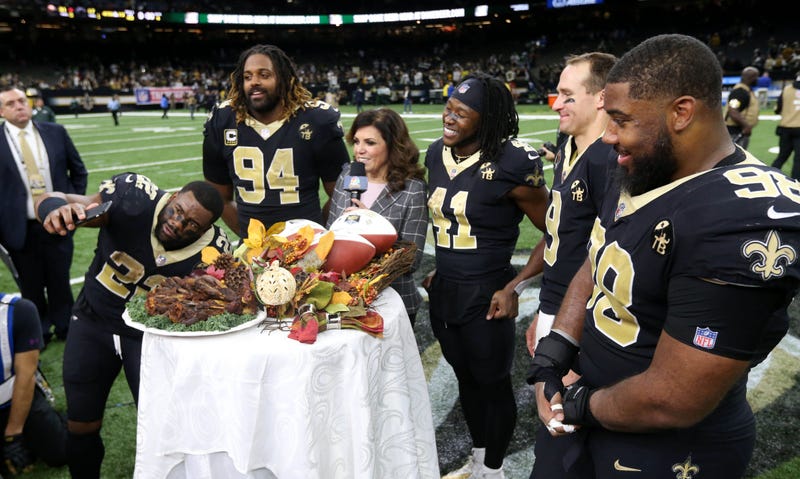 Drew Brees and the New Orleans Saints will hopefully be carving up some Falcon on Thanksgiving night.  When it comes to his actual Thanksgiving food, though, here's what Brees loves to have.

"I’m a dark-meat turkey guy.  I love the giblet gravy, brown giblet gravy.  The whole plate has to be swimming in the gravy.  So if I were actually to say one thing, it’s the gravy.  I’m not going to drink the gravy, but I will drown the plate in gravy."

According to a recent survey, 52% of Americans say they're going make their Thanksgiving gravy from scratch.  Hopefully Brees gets his gravy, whether homemade or store-bought, and gets a win in Atlanta.