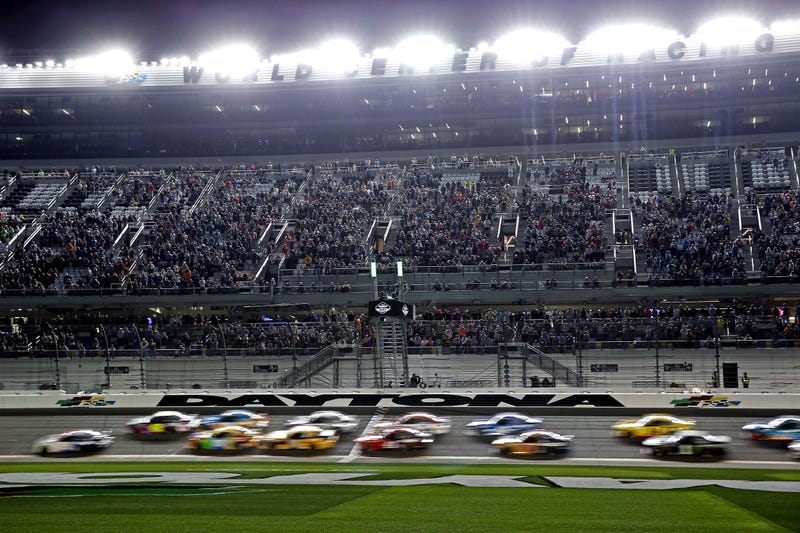 The “Great American Race” is back! The Daytona 500 kicks off the NASCAR 2020 season Sunday with an exciting field of veterans and newcomers. Headlining the field are a couple Toyota drivers, two-time 500 champion and last year’s winner Denny Hamlin and his teammate, the 2019 NASCAR champion, Kyle Busch.

Joe Gibbs Racing has already gotten off to a great start in 2020 as Erik Jones’ #20 Toyota won the Busch Clash last Sunday. If that was a preview to what’s to come Sunday afternoon, be prepared for multiple big wrecks and repairs.

The Toyotas aren’t the only manufacturer capable of performing well here. The Chevys once again locked up a front row, after qualifying with Ricky Stenhouse Jr. & Alex Bowman having the fastest times. Austin Dillon was the last Chevy to take his car to victory lane in 2018, which ended a three year Chevy drought in this race.

We’ll see if qualifying speed can hold up to racing speed this year as the Chevys seemed to fade in past years. One of those Chevrolet drivers is someone I’m eyeing, if his car can find its way out of the big accidents.

Finally, the Fords bring the most cars into the field once again. Finding teammates to work with late in this race could be critical, as the Fords will hope that their numbers will give them an advantage throughout the race.

With all that said, I’ll give you five drivers to key in on Sunday, all hoping to find victory lane for the first time.

If you look at Chase Elliott’s finishes, you’re probably wondering why I would have someone so high who only finished in the top 20 twice in eight starts. Well, he’s been really unlucky in his four Daytona 500s and his numbers show this. Chase has lead laps in six of those eight races and he’s finished Stage 1 8th or better in four straight races on this track.

The one thing I like about Elliott is that he’s able to take chances and he knows how to get up front. He’s shown that ability in his win at Talladega. Talladega, which is a superspeedway similar to Daytona, should give you an idea of the drivers who excel on these tracks. Elliott saw his first win last year in Talladega and finished top-10 in the fall race as well. Taking his experience at Talladega and with better luck in the 500, I think #24 car has the best chance to see victory lane if everything falls accordingly,

Another young driver who’s shown he can lead laps in Daytona is Ryan Blaney. In the past four races at Daytona, Blaney led the most laps of any driver (132 laps). Similar to Elliott, Blaney has been up front for most of the race, but has been taken out by the big wrecks. Blaney has two stage wins in Stage 2 in both Daytona 500s and he’s accounted for five top-5 Stage 1 results.

While Blaney doesn’t have many wins to show for the past few seasons, he’s been on the cusp of a few victories the past two years. Blaney’s only victory last season was at Talladega, so that should trend well for this weekend. He’ll have a new crew chief, Todd Gordon, who was crew chief for 2018 NASCAR champion Joey Logano. Logano won the Daytona 500 back in 2015, so having someone who’s led a driver to victory lane here will help. Blaney and Elliott are the two guys I’ll be keying on this Sunday.

I’ll stick with another Penske Ford to win this race. Brad Keselowski may have the most to prove of the Ford drivers. Not only has he switched crew chiefs, like his teammates Blaney and Logano, but he may have lost the best crew chief of the three. Paul Wolfe has been teamed up with Brad since 2010, and now in comes crew chief Jeremy Bullins. While I think this move will have an impact later this season, I don’t think it will have any affect Sunday in Daytona.

You can tell Keselowski had fire inside this past Sunday, when he was knocked out of the Busch Clash by his teammate. He claimed he had the best car that day and that’s something to take into consideration.

Keselowski has wins in Talladega and in the Daytona Busch Clash, so he’s capable of getting the win. The Penske Fords probably have the best group of drivers in this field outside of Joe Gibbs. I’m expecting the Fords to use their numbers in drafting to the front, which should help their chances at the end.

Clint Bowyer is a driver who likes to party and celebrate. Clint is a Kansas City Chiefs fan and they’ve given him a full NASCAR offseason of celebrating. That momentum and energy is something that could continue into this weekend, if he’s able to score a win.

Bowyer hasn’t seen much success here lately, but he did put on a good show in his last appearance at Daytona. Bowyer finished 34th, but was in front before the inevitable wreck happened that ended his day.

Stewart-Hass Racing has been getting carried by teammate Kevin Harrick the past two seasons, and I think with Bowyer turns it around with a good showing this Sunday. While he’s not someone I’m expecting to win, if Bowyer’s remaining at the end, he’ll have one of the better cars left on the track.

Here’s a guy who’s made his way up the NASCAR ranks the past two seasons. From having to almost ask fans to fund & sponsor his ride, to now driving for the Wood Brothers, DiBenedetto’s story has been something to watch.

Last year, Matt led the most laps in the 500 and was in 4th place, before ending up in the wall. Now with a better car and equipment, I think this gives DiBenedetto his best shot at his first NASCAR win. We saw him fall just short in Bristol last season; this Sunday could be his moment.