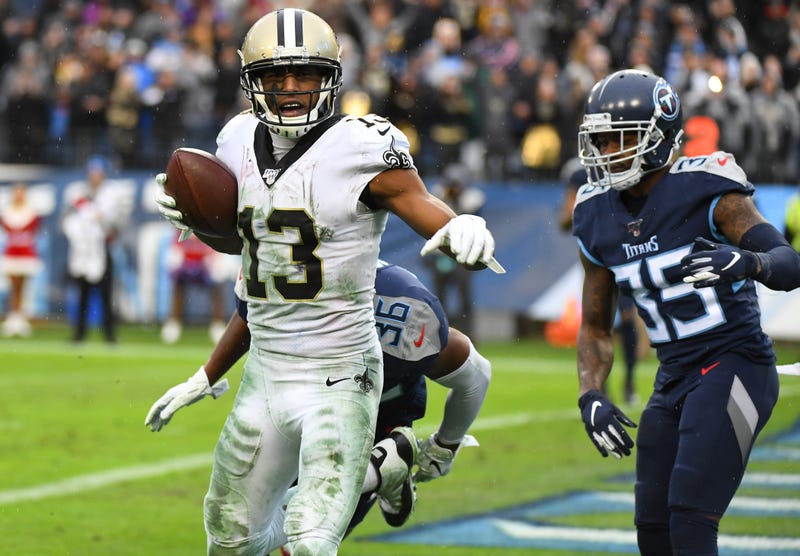 The New Orleans Saints started out slow against the Tennessee Titans. The Saints gained 6 yards on 8 plays on their first two drives. Meanwhile, the Titans, after an opening drive three and out, rattled off touchdown drives of 73 and 70 yards to grab a 14-0 lead.

“They started about as bad as you could get,” WWL NFL analyst Mike Detillier said. “Then they found their groove. They found a way to win. Sometimes when you don't play well and you still win, that's the mark of a pretty doggone good football team.”

The Saints did indeed find their groove. They clawed back to make it 14-10 at halftime. Then they exploded in the second half. New Orleans scored touchdowns on all three possessions in the third quarter; and, after that initial 14-0 deficit, they outscored Tennessee 38-14 the rest of the way.

One of the reasons for the comeback was wide receiver Michael Thomas, who set the NFL record for receptions in a single season with his 12 catch performance.

“It's about work ethic, attention to detail, focus,” Detillier explained. “You know that, each game, he's going to have double coverage on him; and he still finds a way to get open. That's the difference between a good player and a great player.”

Drew Brees threw 38 passes, and 15 of them went Michael Thomas's way. The 12 passes Thomas did haul in went for 136 yards and 1 touchdown.

“He's got great rapport with Drew Brees,” Detillier went on. “But it's his mindset. Everyday, he challenges someone else about how good he is; and he shows up each and every week. Some questioned paying Thomas all that money, saying he wouldn't perform like he had been after he got paid. Well, we don't hear that any more, do we?”

“He is so motivated to be the very best,” Detillier said. “To help put wins up on the scoreboard for you, man, isn't that the guy you want on your football team? Thomas is just a fantastic football player. A big part of it is that he fits so well into what the Saints offense does.”