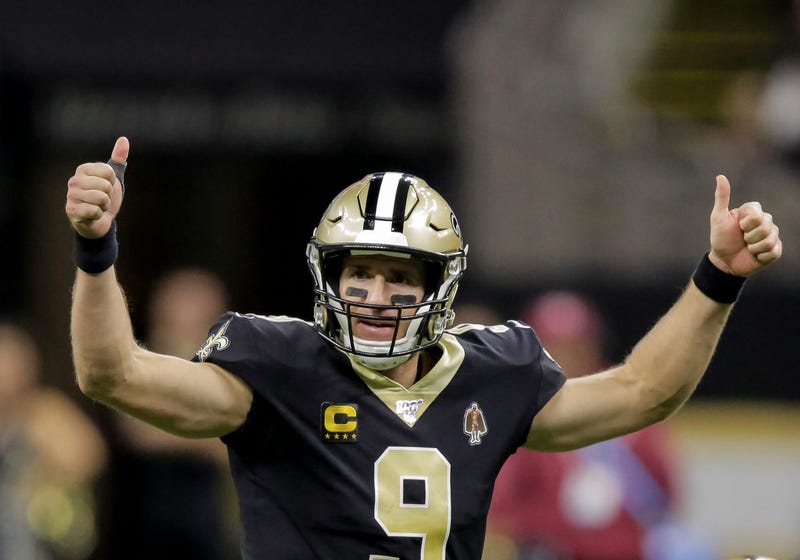 The New Orleans Saints dominated the Arizona Cardinals for a 31-9 win in Drew Brees’s first start since going down with a thumb injury in Week 2 against the Los Angeles Rams.

WWL Saints color analyst Deuce McAllister had to battle back from injuries during his playing career and addressed the mindset a player may have in their return.

“I think the biggest part of it is how your body reacts once you’re tackled a certain way,” McAllister explained.  Those are things you worry about, but it was really unchartered territory for Drew because of the length of time he missed.”

Brees did not miss a beat, though, throwing for 373 yards and 3 touchdowns – with 1 interception – while completing 79.1% of his passes.

“You knew he was primed and ready to go, and it showed,” McAllister said.  “The biggest question was how he’d react once he was hit, once he was tackled; and he handled it well.  Drew didn’t get sacked.  He got hit a few times, but the offensive line did an outstanding job protecting him.”

The Cardinals came into the Superdome averaging just over three sacks per game, and they did not record a single one against the Saints.  Arizona did manage three QB hits, but that was it.

“Will Clapp has been huge for them the last couple weeks,” McAllister said.  “They’ve been working him in the jumbo packages as an extra tight end, and then Will came in for Erik McCoy at center when he suffered an injury.  Clapp was the Swiss Army knife for the Saints.”

And it wasn’t just Clapp that McAllister brought up.

“Ryan Ramczyk and Terron Armstead are probably the best tackle duo in the NFL,” McAllister continued.  “Your interior offensive line with Larry Warford, Andrus Peat, and McCoy have really raised their level of play as well.”

The offensive line also paved the way for the Saints to rush for 137 yards at 4.7 yards per carry.  It marked the fifth straight game and the sixth time this season that New Orleans ran for over 100 yards.