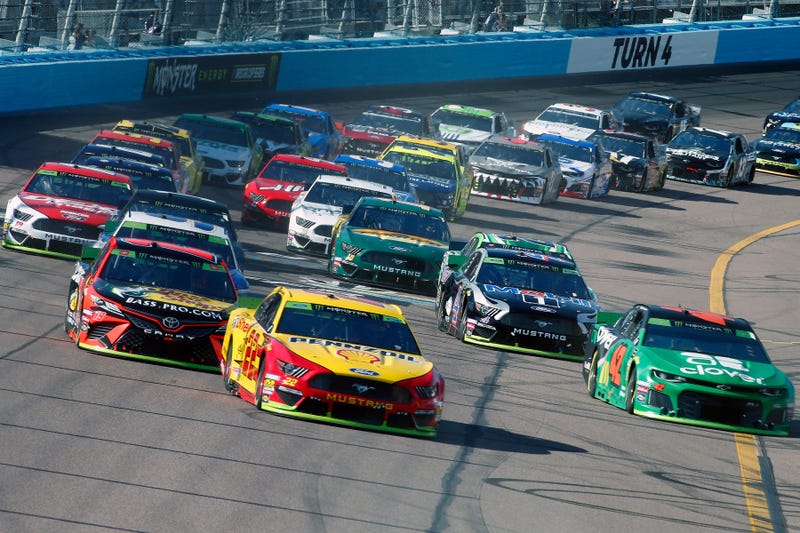 NASCAR stays out west one final time as they head to Phoenix Raceway. This race is very important, as the final race and championship will be decided here later in November. It’ll be the first 1-mile track of the season and its flat surface runs similar to other tracks like Richmond and New Hampshire.

Looking at past history, this NASCAR race has been dominated by two drivers, Kevin Harvick and Kyle Busch. Harvick has five wins in the March race including four in the last six seasons. He also has four wins in the fall race, which leads all drivers. Kyle Busch, who’s the betting favorite, is your defending champion from last year’s TicketGuardian 500; now called the FanShield 500.

It’s no surprise the Toyota drivers like Kyle Busch run well here, since Richmond and New Hampshire tend to be Toyota's best tracks on the schedule. Looking at other Toyota drivers, Denny Hamlin won in Phoenix twice and was last year’s fall race winner. Teammate Martin Truex dominated the Richmond races in 2019, so that similarity should help the #19 car.

The other two manufacturers, Chevrolets and Fords, have different results in Phoenix the past few years. If we throw out Kevin Harvick's wins here, when he drove for Chevrolet, Ryan Newman has been the only Chevy driver to win the TicketGuaradian 500 (now FansShield 500) in the last eight seasons.

Meanwhile, the Fords’ only wins come from Harvick (2018) and Joey Logano (2016). The one thing the Fords can show is that they've been competitive with the Toyotas, but not enough to post winning results. Expect the Penske drivers, Ryan Blaney and Brad Keselowski to push the leaders this week.

Finally, before we get to our picks, let's look back at last week's results. A lex Bowman was the winner. Blaney likely would have finished 2nd, if not for a tire issue with less than 10 laps to go, but overall not too bad.

Let's start with the favorite, last year's winner Kyle Busch. Busch started the season slow in 2020 even with a 2nd place finish last week in California. The Toyotas will likely have the strongest cars this weekend, which sets up well for the #18 car.

In the last four starts in Phoenix, Busch finished either 1st or 2nd place. He also has three stage wins accounted for in those four races. Going even deeper into Kyle Busch’s dominance, he's led almost 500 laps, which is twice as much as the next best driver during that span. All signs point to the #18 car earning back to back wins in Phoenix, but there will be other drivers looking to steal a win Sunday,

Our next driver is another Joe Gibbs Racing teammate who has excelled at similar tracks and has a strong record in Phoenix. Martin Truex has yet to win at this racetrack, but he did finish 2nd in last year's spring race.

Like I mentioned earlier, Phoenix compares a lot to Richmond Speedway, and using data between both racetracks Truex rates as the 2nd best driver in the field.

I don't expect Truex to show the same form as he's shown the past two seasons, but I think he'll find victory land 2-3 times this year. This track checks out and the #19 car could find victory lane for the first time in Phoenix.

Ryan Blaney continues to look like one of the fastest drivers this season. He could have top-2 finishes in every race, but his struggle to close out races continues in 2020. I think, if there's a Ford in the field this week that will show the same speed as Kyle Busch and JGR, its Blaney and his #12 car.

Blaney’s results in Phoenix last year were pretty consistent. Two third place finishes in 2019 and a stage 1 win in the March race. He also had a great run going for him in 2018, but a blown radiator ruined his day at top-5 finish. I also like the value Blaney gets as a (9/1) to win compared to the other favorites, which are half the number. Look for the #12 car to be out front again and possibly push for the win.

The King of the Desert is his nickname. Kevin Harvick holds most of the records at Phoenix Raceway and hasn’t finished outside the top-10 since 2013. During that span, Harvick’s led a total of 1,175 lap, which includes six wins.

Now with all that said, the #4 car hasn’t really shown elite speed yet this season. Harvick led 92 laps in Las Vegas, but outside of that, he’s just been a top-10 car. Stewart-Haas Racing seems to have been passed this season by three teams already. JGR, Penske and Hendrick Motorsports all won races and I don’t see that changing, unless Harvick can figure out this new package with the 2020 Ford Mustang. I do think Harvick is a solid top-5 finisher Sunday.

The final driver has looked strong in every race this year, and I think that continues. I’m not really high on the Chevrolets, but if there’s one driver I would pick from the group it would be Chase Elliot.

Elliott’s past history is a little misleading. Last year, Elliott was having his best run at Phoenix, before a wreck took him out of the race. He’s finished with stage points in each of the last three races and won Stage 1 in the 2018 fall race.

Elliott is also currently second in laps lead this year with 93 laps through three races. His average position at the midway point of each race is a NASCAR best (5.3) place. If Elliot can post good practice and qualifying speed Friday and Saturday, I would take a flier on him at (11/1) to get to victory lane.