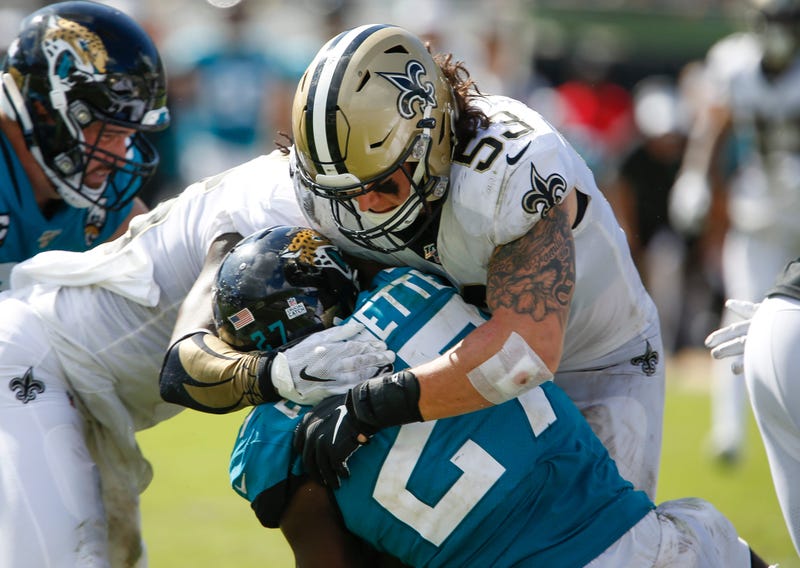 “This is winning football no matter who the quarterback is.”

That's how Bobby Hebert described the level of play by the Saints defense.

“Over the last three games, the defense is giving up an average of 13.3 points per game,” Hebert said. “They're allowing an average of 71.3 rushing yards. And, in this day and age, for total offense, they're giving up under 250 yards.

“That speaks volumes. They're trending in the right direction at an unbelievable rate. It's really amazing to me that they've shown they can win in all three phases.”

The defense has been on display in several of the Saints' wins. The offense was on display against Tampa Bay, when Teddy Bridgewater threw for over 300 yards and 4 touchdowns. Special teams has consistently been great.

Deonte Harris has had several electric returns, including a punt return he took back 53 yards for a touchdown against Seattle. Wil Lutz is 13-14 (92.9%) on field goals and has made 12 straight. Only one player in the NFL, Josh Lambo, has attempted as many field goals as Lutz and has a better percentage.

“Thomas Morstead has been great,” Hebert said. “Five of his six punts were inside the Jaguar 15 yard line. That is crucial; that is critical. That forces the other team to have a sustained drive without making mistakes. Where Morstead's at and what he's doing for special teams is incredible.””

Some may just look at his average – where he ranks just 22nd in the NFL – but that would be a mistake. In 26 punts, Morstead has dropped 17 of them inside the 20 yard line – 2nd in the NFL – and has not had a single touchback – tied for 1st in the NFL. Half of the 26 punts have resulted in fair catches, and eight of them have been returned.

The bottom line for Hebert?

“Over the last few weeks, I don't think there's been a better defense in the NFL,” Hebert proclaimed. “If they keep this up, they'll be a top 10 defense.”