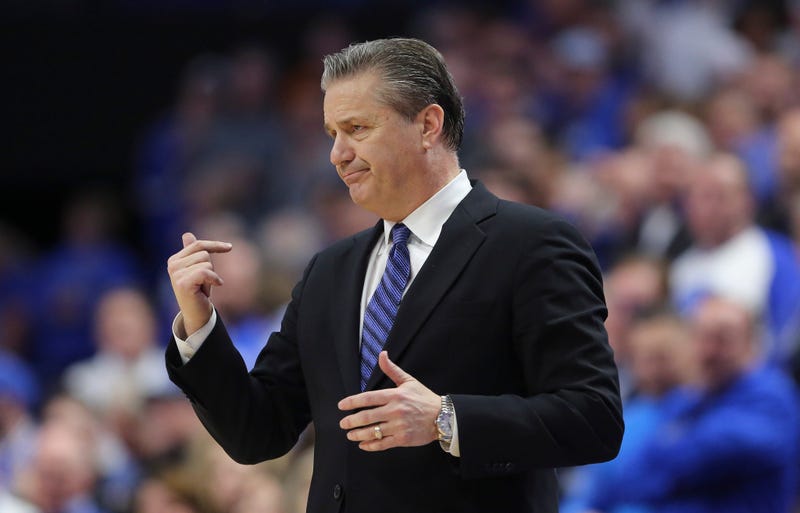 The first week of March can only mean one thing, and that’s the start to March Madness in men’s college basketball. This year has been one of the most up and down seasons in a long, long time. It’s been a season of upsets with multiple teams ranked #1 overall suddenly falling out of the top spot.

With the tournament just over two weeks away, there’s still plenty of teams looking to get the best possible seeding in a contest that doesn’t have a clear favorite. We’ll look at five teams heading into the NCAA tournament with momentum; teams that could possibly hold the national title come April.

The Jayhawks have been the most consistent team all season, which is why Kansas currently sits at the top spot in the Top 25 rankings. Lead by Udoka Azubuike and Devin Dotson, this one-two punch has gotten them to a (26-3) record so far this year. Kansas won 14 straight games since their last loss, which was to #4 Baylor.

All three of the Jayhawks losses came to ranked opponents who will likely play in the second weekend of the NCAA tournament. Kansas currently has the best RPI in college basketball along with strength of record, which is why they’re the team to beat later this month.

The only thing that may cause the Jayhawks trouble is their recent NCAA tournament results. Their last championship came back in 2008, when they also finished with three losses on the season (37-3). Kansas made one Final Four appearance in the past seven seasons with three first weekend exits. If Coach Self gets a second national title, this would be the team he takes him there.

The ACC, known for their excellence in basketball, has been down this season. The conference is expected to get four, maybe five teams into the tournament. While Duke usually headlines the conference, it’s the Louisville Cardinals who currently lead the way with a (24-6) record.

Second year coach Chris Mack has his team playing well after taking over a team that was tainted with violations under former head coach Rick Pitino.

The Cardinals have breezed through the ACC conference with their only hiccup coming against 7th ranked Florida State. Louisville has a player like Jordan Nwora, who is one of the best scorers in the ACC. This team hasn’t been back to the Final Four since they won the championship in 2013, but they can likely get back there this season. The ACC Tournament will play a factor in their seeding, so if the Cardinals can put on a good performance next week, expect them to get a #2 seed in the NCAA Tournament.

It’s hard to argue who’s coming on stronger than the Kentucky Wildcats as the season comes to an end. John Calipari just clinched his sixth SEC regular season title with a win over Auburn this past Saturday. The Wildcats won sixteen of their last nineteen games, which includes a (14-3) record in SEC play. They did have a slipup against the Tennessee Volunteers this week, but I expect them to go on another run following the loss.

Kentucky could be one of the most dangerous teams in the tournament considering their key players came in as freshmen & sophomores and now have a full season of experience together. Coach Calipari always seems to get the most out of his players at this time of the year. Immanuel Quickley is a likely candidate for SEC player of the year. He averages over 16 points per game and is increasing that average with a 30 and 26 point performance in two of his past three games.

Kentucky has been on the doorstep of making the Final Four the past few seasons, but they’ve fallen short in the second weekend. The Wildcats are looking for their ninth championship title and first since the 2012 season, which included star player Anthony Davis.

The Oregon Ducks currently come in second in the PAC-12 standings, but should finish with at least a share of the regular season title next week. Led by one of the best point guards in college basketball, Payton Pritchard, Oregon has quietly racked up wins (22-7). Last year, the Ducks were knocked off by the eventual champs (Virginia) and return most of their team looking to make another deep run. The one thing Oregon has that is key in the NCAA tournament is elite ball handling and scoring. With Pritchard captaining the offense along with scorers Chris Duarte and Will Henderson, they’re positioned well to give matchup problems to opponents in a one-and-done tournament. Note, Duarte did injure his hand in the team’s last game, so there is no status on his availability just yet.

Head Coach Dana Altman is one of the best tournament coaches the past couple seasons. The Ducks have gone on to make the Sweet 16 or better three of the last four seasons.

I could give you another top 25 team like Dayton, San Diego State or Seton Hall, that has played well all season, but what’s the fun if you don’t have a Cinderella?

The Aggies may be one of the hottest mid-majors in college basketball. Mexico State won 18 straight games (currently longest in the NCAA) and sit on top of the WAC conference. Part of the early struggles for them were injuries. The Aggies got two of their best players back only to both suffer season-ending injuries. Trevelin Queen be a factor as he is coming back from a torn meniscus.

After all that, Mexico State still dominated everyone during their winning streak. This is also a team that should have knocked off an Auburn team that went to the Final Four in last year’s tournament. I like a team that’s accustomed to winning, and nobody is playing better right now than these Aggies.