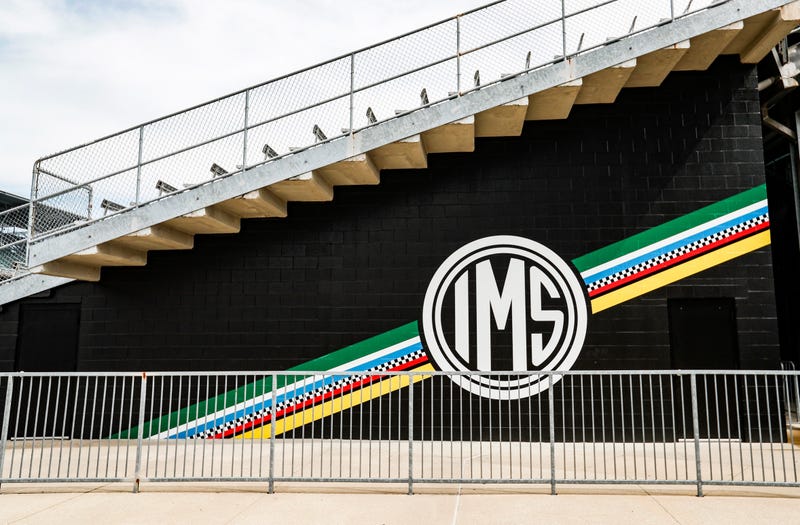 It’s the Big Machine Hand Sanitizer 400 this Sunday. Otherwise known as the Brickyard 400 at Indianapolis Motor Speedway. Drivers will face another unique 2.5 mile track this week after finishing two races at Pocono Raceway. IMS is features a rectangular oval shaped track with a mostly flat surface.

Last week featured wins by Pocono race winners Denny Hamlin and Kevin Harvick. It’s no surprise that they come into this week as the top two favorites followed by Kyle Busch, who is still winless in 2020.

Harvick is last year’s winner of this race and has a strong record in the #4 car of Stewart Hass Racing Ford at IMS. Chevrolet also brings an impressive record to this track as they won twelve straight Brickyard 400s from 2003-2014. Kyle Busch is Toyota’s lone winner with back to back wins in 2015 & 2016.

It looked like the #18 car was on his way to a possible win last Sunday, but it was delayed as he met trouble crashing into the #12 of Ryan Blaney. Kyle Busch’s season so far has been a struggle to his standards, but seven top-5’s in 15 races is nothing to scoff at.

In the last five races at IMS, the #18 car’s performance has been all or nothing. Two wins along with two 34th or worst finishes have skewed his average finish at IMS. Busch has led laps in four of the last races and should make his way up front once again. When a driver is due, there’s usually a sign; and the #18 is starting to show the signs it’s ready for victory lane. Expect the #18 with at least a top-3 finish this week.

Keselowski has been one of the most consistent drivers since the restart this season. Two wins already this year, he comes to track where he’s won recently in 2018. He’s the only Penske driver with a win at IMS, a track in which is owned Penske.

Putting on a good performance for “The Captain” Roger Penske will be a must this weekend, and I think Keselowski gives his team the best chance at doing so. His teammate Joey Logano starts on the poll, so Brad will have to make his way up to join him starting 9th. The last time the #2 car started in the 9th spot this year, Keselowski went home with the checkered flag in Charlotte.

Keselowski will be my pick to win this weekend, but he’s also a safe option in head to head matchups and a top-5 finish.

Bowyer comes to a track where he’s performed well and now has a Ford Mustang fast enough to keep him up front. A specialist at road tracks, IMS offers a similar feel to what we saw last week at Pocono. In the two races from last weekend, the #14 car finished in 7th and 8th place.

Those results should carry over well to IMS this week where Bowyer has finished 5th place in back to back seasons. Boywer will be at a disadvantage started 22nd in the field on Sunday; but if he can make his way up on pit road and throughout the stage caution restart, he’ll be someone to keep an eye on.

Byron has been looking for his first win in the Cup series and hasn’t yet put together a full race in 2020. Coming off Sunday’s 7th place finish at Pocono, #24 car is in a good spot at another solid finish.

In last year’s Brickyard 400, Byron finished in the top-5; and he is hoping to continue that success here this weekend. While I think his odds should be a little bigger than (25/1), his odds to finish top-10 (+105) are a good bet.

Bryon will start 18th so he will also have to find a way to make it up front while his teammates Alex Bowman and Jimmie Johnson will be there starting 3rd and 4th.

The Big Machine Hand Sanitizer 400 is schedule for the green flag start at 3:10pm Central Time. The race will feature 160 laps which equals out to 400 miles.

sports
The Buccaneers had a hilarious name for their plan to sign Tom Brady
music
Jennifer Lopez, Matthew McConaughey reunite for 20th anniversary of ‘The Wedding Planner’
sports
Shaq sells enormous 31,000-square-foot Orlando mansion for $16.5 million
music
Drake is in the DMs with Timbaland trying to arrange the next 'Verzuz' battle
sports
Hall of Fame debate set to get even crazier with Papi, A-Rod entering mix in 2022
news
Kraft debuts candy-flavored, pink-colored mac & cheese for Valentine's Day