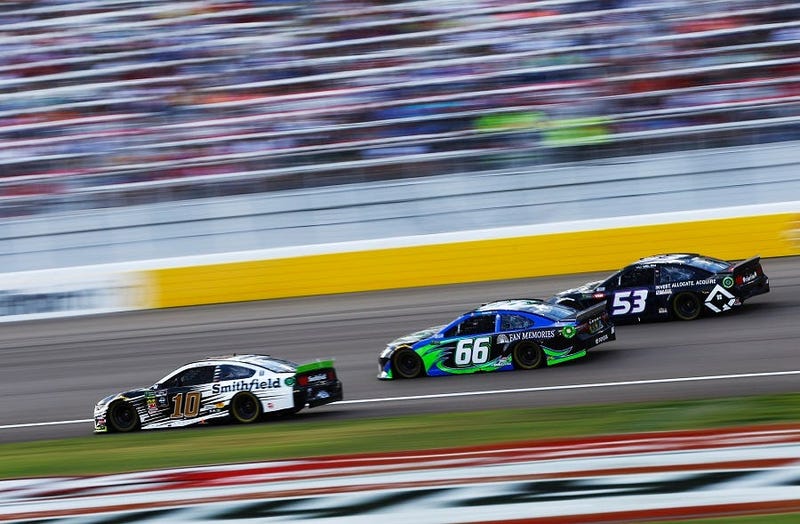 The NASCAR series heads out to Sin City this weekend, after one of the more exciting Daytona 500 races in recent years. Unfournately, it was subdued after a final lap accident involving Ryan Newman. Newman was released from the hospital Wednesday and will not participate in this weekend’s Pennzoil 400. Ross Chastain will take his place for the time being.

The Pennzoil 400 features your typical 1.5 mile track at Las Vegas Motor Speedway. Historically, Fords run well at this track, which shouldn’t be a surprise considering last year’s winner, Joey Logano, has a Pennzoil sponsorship. Their dominance is proven in history; Fords have won eleven of the twenty-two races held here since 1998.

Before we get into this week’s picks, we’ll recap last week’s Daytona 500 picks. Not a bad week; we finished with two drivers inside the top six. Ryan Blaney almost won the race, but couldn’t hold off the momentum of Denny Hamlin’s late run. Picking multiple drivers to finish the race is almost impossible, as over half the field wrecked out of the race or was involved in an accident.

We’ll go with last year’s winner as our top pick. Last week I mentioned that there was a switch in crew chiefs among the Penske teams and I think Joey Logano will be the biggest beneficiary. Paul Wolfe, who was crew chief with Brad Keselowski, helped the #2 car finish in the top-3 in the past three races. That includes a win in 2018.

Now Wolfe teams up with the #22 car that’s led 237 laps that same timespan, including a win in each stage last year. Logano’s average finish in the last six races in Las Vegas is an impressive (4.5). Looking at similar intermediate tracks, Logano has the third best average finish among drivers, behind Kyle Busch and Martin Truex Jr..

Sunday Logano will have a fast yellow Pennzoil #22 car and should lead multiple laps again. He can join Jeff Burton and Jimmie Johnson as back to back race winners.

The #4 car has an impressive resume’ when it comes to the Las Vegas Speedway. The winner in 2015 and 2018, Harvick has led the most laps of any driver the last four races (363). Kevin Harvick was the pole sitter in the last year’s Pennzoil 400 and finished in 4th, but he did have a 1st and 2nd place stage finish.

The Penske Fords get most of the attention in Vegas, but Harvick has given the Stewart Haas Fords a good showing here. This is the second full year with the Ford Mustang, so instead of making changes on the run, Harvick and crew chief Rodney Childers should have a good setup to build on this season.

With a win Sunday, Harvick would join Matt Kenseth and Jimmie Johnson as the only three time winners.

We’ll stick with the hot hand and go with the 2nd place finisher in the 500. Ryan Blaney ran well here finishing in the top-5 three times in the past four races. Even when Blaney was driving for the Wood Brothers, he still finished with two top-7 results. Blaney is one of two drivers I’m expecting a breakout season from.

The #12 car struggled on similar intermediate tracks, but his best showings came in Vegas. While Logano, Harvick and Kyle Busch will be the drivers to beat, I expect the #12 car to be near the front for the majority of the race.

Last year’s NASCAR champion returns to his hometown this week. His only win in Vegas goes back to 2009 during his second season under Joe Gibbs Racing. Busch hasn’t ran as well as the other three drivers mentioned, but does have best track record under similar intermediate tracks.

Maybe this has to do with all the media and family obligations Kyle Busch and his brother Kurt Busch have to deal with in their return. I think he’s a better top-3 play this week than a pick to win the race.

Our longshot, Aric Almirola, looked pretty fast during last week’s Daytona 500/ Maybe that can transfer over to being fast this week in Las Vegas. Teammate of Kevin Harvick, Almirola will have a similar car setup to the #4.

Outside of the superspeedway, Almirola has finished in Vegas with a 9th place average finish in the past four races. He also finished with stage points in the last three. Almirola may be the driver to take a chance on, especially if he shows speed in practice on Friday and Saturday.

You can follow Tim Zimmer on Twitter at @timzim1613 for his race analysis and weekly fantasy picks.