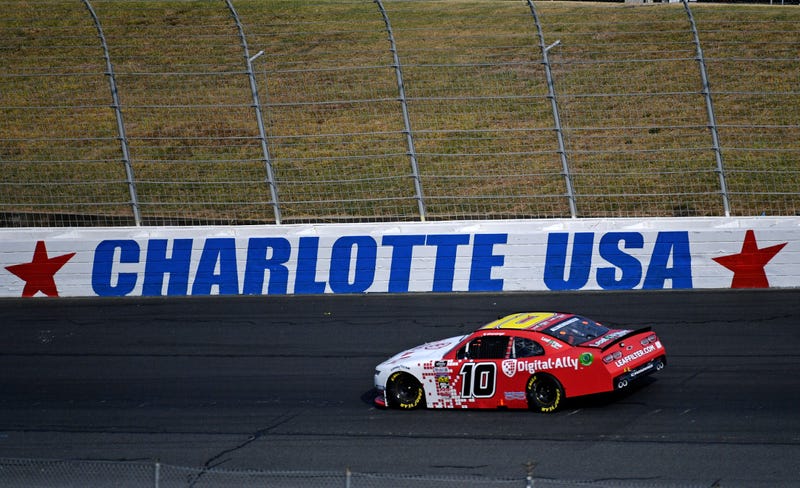 NASCAR wrapped up its first week of races this week following a 10 week hiatus because of the coronavirus pandemic. On Sunday, the cream rose to the top as Kevin Harvick earned his 50th career win in the NASCAR Cup Series.

Three days later, the cars took the track again at Darlington Raceway in what had one of the wildest finishes of the season so far. Denny Hamlin picked up his second win of the season, tying him with Joey Logano with the most wins through six races.

Now drivers have a quick turnaround, traveling two hours down the road to Charlotte Motor Speedway for the Coca-Cola 600. The annual Memorial Day weekend race is the longest of the season that includes 400 laps resulting in 600 miles.

Teams will qualify on Sunday before the race at 1pm CT, so early track position will be key especially for drivers looking for stage points.

While this is usually the home turf for the Chevrolets, it’s been the Toyotas that have shown dominance of late. Toyota has won 4 of the last 5 races, with two of those coming from last year’s winner Martin Truex Jr. The Fords are still looking for their first win in this race since 2002 when Mark Martin went to victory lane. The Chevrolets are led by seven-time NASCAR champion, Jimmie Johnson. The #48 car has four Coca-Cola 600 wins and eight wins all-time at Charlotte.

When picking a winner for this race, it’s best to stick with teams that have shown recent speed. The two teams that stick out are the Hendrick Chevrolets and the Joe Gibbs Toyotas. While Kevin Harvick earned a win last Sunday at Darlington, the Fords would be my fade the week.

Truex comes into this race as the last year’s winner and has shown his dominance at this track in recent years. In the last four Coca-Cola 600s, Truex has four straight top-3 finishes, including two wins with a second and third place finish.

With those numbers, you would think the #19 would be the sure, outright favorite. But he’s not; Truex comes in as the 3rd favorite behind Kyle Busch and Kevin Harvick.

That being said, he’s struggled this season, not finishing a race inside the top-5. A reason for that could be the change at crew chief. Truex’s former crew chief Cole Pearn left JGR this year and was replaced by James Small. I’m still hesitant that Truex will end back in victory lane on Sunday night, but I could see another top-3 finish if the dominos fall in line.

Elliott was on his way for a possible win on Wednesday night before he was wiped out by Kyle Busch battling for 2nd place. The #9 car has shown improvements each race and comes to a track that sets up perfectly for it.

The Hendrick cars showed a bunch of speed at Darlington as each of the four drivers led laps between the two races. Elliott now brings that speed to Charlotte where he’s finished top-4 in two of the last three Charlotte races. A win would make up for the 38th place finish in his last race and secure him a playoff spot along with his teammate Alex Bowman in 2020.

There’s only one Ford I like this Sunday, and that’s the #2 car of Brad Keselowski. While it was Martin Truex Jr who came away with the win last year, Keselowski was the winner of both stages in the race. He also led 76 laps, which was the third most of the race.

Keselowski has really improved in each race this season, and he is coming off a 4th place finish on Wednesday night. While most will look at the Stewart-Haas Fords to continue the speed from Darlington, I think this could be the race for the Penske Fords to rebound. Another factor to consider, Keselowski loves to take the unconventional route during races, and we could see that being used late with pit-stop strategies.

The seven-time champion is looking for his first Cup win since 2017, and that's quite possible this week. Like I mentioned with Elliott, the Hendrick cars will be fast; and we saw Johnson out front in the first Darlington race.

Although Johnson hasn't earned a win in the last two seasons, he's posted his best results at Charlotte Motor Speedway during that span. A win here could be a start to a story-book ending to Johnson's career as he announced he was retiring at the end of this season. I'm locking Johnson for a top-5 finish and could be challenging his teammates for a win.

Jones quietly had himself a solid week at Darlington finishing both races inside the top-10. Now he heads to the 1.5 mile long track at Charlotte, a track that's similar to two he's been very successful at (Atlanta and Texas).

Jones comes in with very good value at (25/1), and that alone should be a reason to take the #20 car. If Jones takes the checkered flag on Sunday, it'll be JGR's fifth win in the last six Coca-Cola 600s.

The Coca-Cola 600 has been known for its first time winners. Two drivers who have an outside shot of doing so are the #21 car of DiBenedetto and the #8 car of Reddick.

I talked about DiBenedetto last week as a sleeper, and he was able to finish 9th in the Wednesday Darlington race. Reddick held his own and was able to contend in the top-10 throughout the Sunday race. The #8 car finished 7th.

If the race comes down to pit strategy, we could see someone stay out and forgo a pit stop on a long run. With a win Sunday, they could add their name to a list of drivers whose first victory came in the Coca-Cola 600. Those past winners included are Austin Dillon, Matt Kenseth and Jeff Gordon.

Green flag is set for 5pm Central Time on Sunday. The race will consist of four 100 lap stages, adding an extra stage which started in 2017.