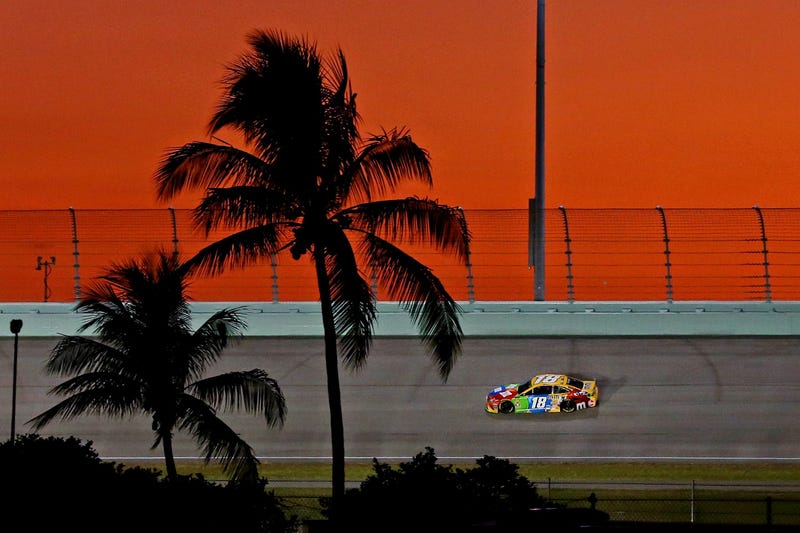 NASCAR heads to Miami this Sunday for what will be a hot and rainy weekend in South Florida. Normally, we head to Homestead-Miami Speedway for the final race of the season to determine the NASCAR Championship, but this season they’ll be finishing the year off in Phoenix. This will be the fourth 1.5 mile intermediate track and the eighth race since the restart in May.

What we’ll look for this week in finding a winner is drivers who have shown speed in the racetracks similar to Homestead this year. Those tracks would include Darlington, Charlotte and Atlanta speedways.

Also, the cream usually rises to the top at this track considering its circumstances each season with the championship on the line. Six former champions have won here so don’t be surprised if it’s one of those names again. Just this season, five of the seven races have been won by former champions.

Last year’s champion returns to the track where he last saw victory lane. That’s right, we’re eleven total races into the 2020 season, and Kyle Busch has yet to record a win. No need to worry, thought, as Busch has six top-5 finishes in those eleven races and four since the restart.

We just saw the Joe Gibbs Racing Toyotas come alive in Atlanta last Sunday, and I think you’ll see that again in Homestead. Both Busch and JGR teammate Martin Truex Jr have wins at Homestead in the last three races here.

Busch is also coming off a 2nd place finish in Atlanta and then a disappointing night at the short track in Martinsville. I think Busch finally puts a full race together, and he will have to beat his teammates to earn the victory. As far as odds, anything over (6/1) is a decent number for him. Money will likely pour into Kevin Harvick and Martin Truex as they’ve both won already this year. Bettors have likely had enough getting burned by the #18, so his odds could get better as closer to race time.

The Daytona 500 winner has been a rollercoaster since the restart. Hamlin also has a win at Darlington and four top-5 finishes in seven races. Throw in three finishes outside the top-15, and Hamlin is unpredictable as it gets.

What I like about his results this year is that he’s been extremely fast on 1.5 tracks while his poor performances have come on short tracks. Hamlin will start on the pole this Sunday, so expect him to lead plenty of laps. The only drawback is that he has started on the pole in four of the last five Homestead races and has only recorded one result inside the top-10.

Each week the NASCAR community wonders if this is the week the seven-time NASCAR champion will return to victory lane, and each week he falls just short. Johnson has continue to show positive results each week with three straight top-10 finishes.

Now Johnson returns to a track where he won in 2016, which was the last time Chevrolet has won here. Both of his Hendrick teammates Chase Elliott and Alex Bowman have wins on 1.5 mile racetracks this season, so adding another trophy for Hendrick Motorsports wouldn’t be a surprise.

The heat and humidity will definitely be a factor this weekend as temperatures outside the cars will be in the mid-80s all weekend. Johnson is probably in the best shape of any driver in NASCAR considering he’s finished the Boston Marathon in 2019. So if fatigue and focus become a factor, advantage Johnson.

It’s hard to find a driver this week outside the favorites who has a legit shot at winning this weekend, but we’ve seen Ryan Blaney show speed almost every race. Blaney also has five top-5 finishes this year including two 3rd place finishes in Charlotte and a 4th place in Atlanta.

The #12 car is the only one inside the top-8 in the NASCAR standings without a win; and , like Kyle Busch, we should see Blaney in victory lane sometime this season.

The Penske Fords have been the most complete team this year with teammates Joey Logano and Brad Keselowski having two wins each. While I think Keselowski is set up to do well Sunday, we should see another solid performance from all three drivers.

Last year in Homestead, Jones finished in the top-3 as JGR took all three spots in the final race of the year. If we take a look at similar tracks to Homestead, Jones has pretty good results at Chicagoland and Atlanta. Jones also has shown speed in his JGR equipment, but he just hasn’t had the same success as his teammates. A top-5 finish at (5/1) odds could likely be his best bet for Sunday.

Dixie Vodka 400 in Homestead is scheduled for 2:50pm on Sunday, but weather could play a factor this weekend. There is also an Xfiinty series race before, so that could delay the start time if weather does play a factor. The race will feature three stages of 80, 80 and 107 laps for a combined 267 total laps.

music
Meghan Markle reveals she had a miscarriage: 'I tried to imagine how we'd heal'
news
Will essential workers get earlier access to COVID vaccines?
music
Vote now for RADIO.COM Artist of the Year
music
Pete Davidson to star in revamped version of ‘It’s a Wonderful Life’
news
What does a safe classroom look like?
news
Macy's Thanksgiving Day Parade will go on virtually on Thursday