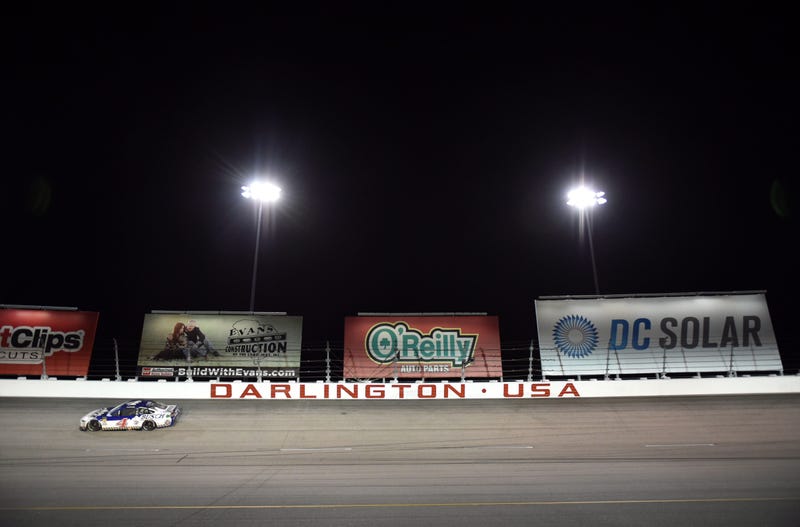 The sports world is returning in the month of May. It has been nearly 70 days without a major sporting event on a Sunday broadcast, but NASCAR returns this weekend at Darlington Raceway. It’s been a slow process, but sports will eventually be back in our daily lives after the coronavirus pandemic halted the country to a standstill.

Large-scale testing and precautions are being taken, but the show must go on.  NASCAR will do that as it becomes the second major sport to return so far. UFC being the other. The plan is to race without fans and deliver the best programming possible.

NASCAR has revised their May schedule to feature two races each week - Sunday afternoons and Wednesday nights - at the designated track. Both races will count towards the overall standings this season and will make up for the time lost.

There will be no qualifying or practice during these races, so teams will unload the cars on Sunday and go straight to the track after passing inspection. While this seems like an unusual way of starting a race, something is better than nothing.

Darlington kicks things off with a bunch of unknowns, but knowing who will thrive and who won’t isn’t as hard as you think. "The Track Too Tough to Tame" as they call it is an experienced driver’s track. Guys who have been successful here or have been in the Cup series for years will have the slight advantage.

With no practice or qualifying, it’s going to be up to the drivers to adjust as the race begins. Give me the driver who has at least 5 years of Darlington experience as someone to look for as our race winner. I also think drivers who have raced well in 2020 and at this race track could be at an advantage.

No surprise as last year’s NASCAR champion comes in as the favorite this week. His success, along with the entire Toyota team, is well known here. He’s finished in the top-10 three straight years and eight times in the last nine. His teammate Erik Jones took the checkered flag in 2019, but that was after Busch led the most laps with 118. Busch also comes in with one of the best crew chiefs in NASCAR in Adam Stevens, and they’ll be able to adjust quickly on the fly.

Toyota teammate Denny Hamlin was a winner here in 2017 and has posted impressive results the last few years. Throw away last year’s race, which ended poorly due to car trouble, Hamlin has finished inside the top-5 three times since 2015. He also has multiple first and second place finishes at this race track which makes him someone to keep an eye on as the race unwinds. Coming off this year’s Daytona 500 win, I think Hamlin could lock up his second win of the season on Sunday.

Brad Keselowski and his #2 car have had a rollercoaster season in 2020 thus far.  Keselowski hasn’t shown top-5 speed yet this season, but he was progressing before the coronavirus pandemic shut things down.  He was the winner in 2018 and has led laps in each race here for the last six years. If there is someone who could have benefit from the time off, it’s Keselowski. Penske switched up crew chiefs to start the season and, Keselowski was given Ryan Blaney’s old crew chief in Jeremy Bullins. That unfamiliarity was noticeable in the first four races to start the year.  The time off should have allowed him to refocus on what they can improve on in 2020 and I think those results could be seen right away on Sunday with a top-3 finish.

Another Busch makes our list of drivers who could get a win this Sunday. Kurt Busch is coming off a strong start to 2020 with a 6th place finish at Phoenix and a 3rd place finish at Fontana.

Busch historically has driven well at Darlington, but he is still looking for his first win at this race track. Winner of Stage 1 in last year’s 2019 race, he and his brother Kyle were the two who looked like the cars to beat in that race. Kurt has finished with eight straight 7th place or better finishes, and he will likely continue that trend this weekend. If you’re looking for the best Chevrolet on Sunday, the #1 Monster Energy car will be contending with Chase Elliott and Alex Bowman.

When I saw Blaney’s odds were so high to win the race, I immediately felt the disrespect. Blaney currently ranks 5th in the 2020 season standings, and that could be even higher if not for bad luck finishes at three of the four races this season.

Overall, he goes against the experience factor with this being his 6th start at Darlington in his career. He also doesn’t have the best results. Last year, marked his best finish at Darlington with a 13th place finish.  What he does have is a fast car and very good crew chief in 2020. Todd Gordon takes over this season for the #12 Penske Ford. Gordon is coming off a championship season with Joey Logano in 2018. Blaney has been out front for every race this year, so I don’t think much changes when racing restarts.

We’re still waiting for Matty D to get the first win of his career in the Cup Series. That almost happened last year in Bristol before Denny Hamlin stole it from him in the final laps. DiBenedetto is coming off an 8th place finish in 2019 at Darlington and is in a better ride this season with the #21 Wood Brothers Ford. While it’s still unlikely DiBenedetto picks up his first win, his odds to win are really good at (40/1). He also will contend with the Penske and Stewart-Haas Fords as the best Mustang.

Green flag on Sunday at Darlington Raceway is set for 2:25pm CT. It’s scheduled for 293 laps with three stages. The starting grid will be determined by a random draw.

It will be a short turnaround afterwards when teams will line up again on Wednesday night for 228 laps at Darlington. That will be the sixth race of the season is scheduled for 6:30pm CT.