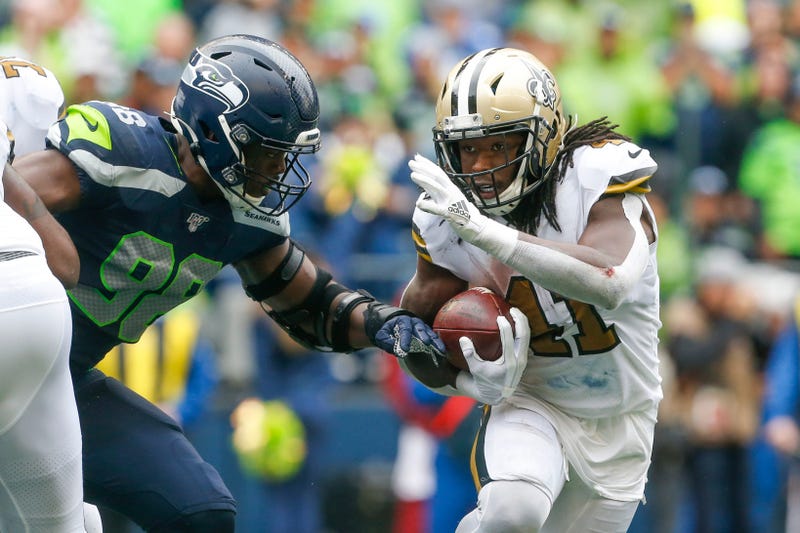 There were a few games that every Saints fan circled the moment the schedule came out.  This was one of the first.  The Saints ran into a buzz saw last season in Dallas, when the Cowboys halted the Saints 10-game winning streak.  If you look back at the game, there were a lot of reasons you could point to, like the Saints playing their third game in 12 days, or the injuries that had begun to impact the team. Ultimately, though, it was the fact that the Saints offense was flat outplayed.  That can’t happen again today, if the Saints are to get a different outcome against the Cowboys.  Dallas has been flat out dominant this season through 3 weeks.  That’s not to say the Cowboys have done it against a group of juggernauts (Giants, Redskins, Dolphins), but they have been impressive to date.  First year offensive coordinator Kellen Moore designed a far more explosive offensive system and Dak Prescott is thriving in it.  The Cowboys average 307 yards a game through the air, and Prescott has the 2nd best passer rating in football.  They were already a different group last season after trading for Amari Cooper, and that trend continues this season as he leads them with 4 TD’s to go along with 238 yards through the air.  He is a home run threat from anywhere on the field for the Cowboys, and it’s his big play threat that should most concern Saints fans.  The Saints secondary has allowed the 3rd most plays in the NFL...more than 20 yards, a trend that continued last week vs. the Seahawks.  The encouraging thing inside that stat is that it has come through several highly contested throws.  If the Saints can start making plays on those deep balls, they will stop seeing so many of them.  This would be a great week to start.  Outside the passing game, this Dallas team is still built through the ground.  Ezekial Elliott has been a force so far, with the fastest start of the career.  Elliott averages 5.3 yards a carry through three games, and for just the second time in Dallas history, they had two 100-yard rushers vs. the Dolphins. That 1-2 punch of Elliott and first year RB Tony Pollard will test a Saints defensive unit, that returned to form last week vs. the Seahawks allowing just less than 60 yards to Seattle running backs.  They did an excellent job last year vs. Dallas against the run, and they’ll need a repeat performance tonight vs. the Cowboys.  If the Saints defense can surrender just 3.2 yards a carry, they can find a way to win another game without Drew Brees against a playoff contender.  The Saints win vs. the Seahawks on the road was a huge momentum builder for a team that was looking for confidence as they head into a stretch with Teddy Bridgewater under center.  Offensively, the Saints put together an efficient performance in spite of having 5 fewer possessions than the Seahawks.  The Saints got a huge drive to start the 2nd half and punched it in, after a questionable decision by Pete Carroll to go for it deep in his own territory.  The Saints are going to need to be opportunistic again vs. a talented Cowboys defense whose stats are skewed a little by the scores they’ve had late in games.  The Saints will be tested more than they were last week in Seattle.  Dallas has two of the top linebackers in football in Leighton Vander Esch and Jaylen Smith, who will be tasked often with wrangling the player, who took last week’s game over Alvin Kamara.  The talented duo were all over the field last season, accounting for 19 tackles.  They are going to be tested a little more, however, as both starting defensive tackles are out for the Cowboys.  The Saints need to test the interior of this line early and often to take advantage of the weakness the Cowboys will have there.  If they can do that effectively, they can control the clock and the tempo of the game.  Turning this into a slugfest is the Saints best strategy for getting a win at home tonight.  It has been an interesting couple of weeks for Saints fans.  Seeing an offense last week without Drew Brees looked and felt different.  Yet, the result was awfully similar.  This team will look to attack defenses differently than they typically have, but there is enough talent spread throughout the Saints offense that they can win in multiple different ways.  The Cowboys came in with a great plan last season, effectively shutting down an offensive attack that had dominated nearly every team it faced.  This year, they will face a completely different offensive attack...a different quarterback, a field stretcher in Ted Ginn Jr. and a big talented tight end in Jared Cook to roam the middle of the field.  If the Saints can get those two going, they will be tough to stop even without Drew Brees at quarterback.  The Saints have only been underdogs at home twice in the Sean Payton era.  Atlanta in 2006 and again Atlanta in 2015.  Both times, the Saints went home that night with a victory.  Let’s see if the Saints can make it three.