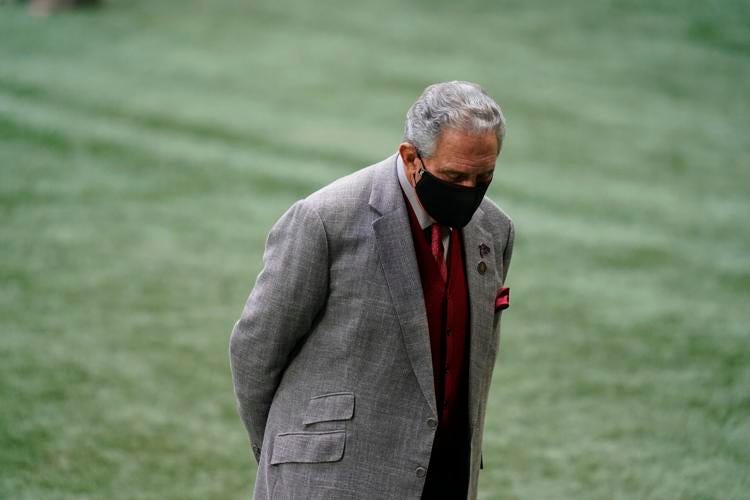 ATLANTA (AP) — Chicago's Nick Foles threw three touchdown passes in the fourth quarter to hand the Atlanta Falcons another humiliating defeat, rallying the Bears from a 16-point deficit for a 30-26 victory on Sunday.

The Bears, improving to 3-0 for the first time since 2013, became the second straight team to overcome a double-digit deficit in the fourth quarter to beat the Falcons (0-3).

This one could spell the end for sixth-year coach Dan Quinn, who desperately needed a good start after two straight losing seasons.

A week ago, Atlanta became a national laughingstock after failing to pounce on an onside kick, allowing the Dallas Cowboys to finish off their comeback from a 39-24 deficit to win 40-39 on a field goal as time expired.
Under Quinn, the Falcons also blew a 28-3 lead in the Super Bowl after the 2016 season and lost to the New England Patriots.

This time, it was Foles who guided the improbable comeback after taking over for Mitchell Trubisky in the third quarter. The former Super Bowl MVP had two apparent touchdown passes overturned by official reviews — and still managed to pull out the victory.

Foles threw a 3-yard touchdown pass to Jimmy Graham to make it 26-16 with 6:24 remaining. The Falcons still appeared in good shape after the Bears failed on a 2-point attempt.

But Chicago got the ball back and moved quickly down the field. Foles connected with Allen Robinson on a short pass that turned into a 37-yard touchdown when Isaiah Oliver and Blidi Wreh-Wilson both missed tackles, allowing the receiver to scoot down the sideline.

After the Falcons went three-and-out on their third straight possession, Foles connected with Anthony Miller for a 28-yard touchdown with 2 minutes remaining.

The Falcons still had a shot, but Matt Ryan was intercepted by Tashaun Gipson to seal it.