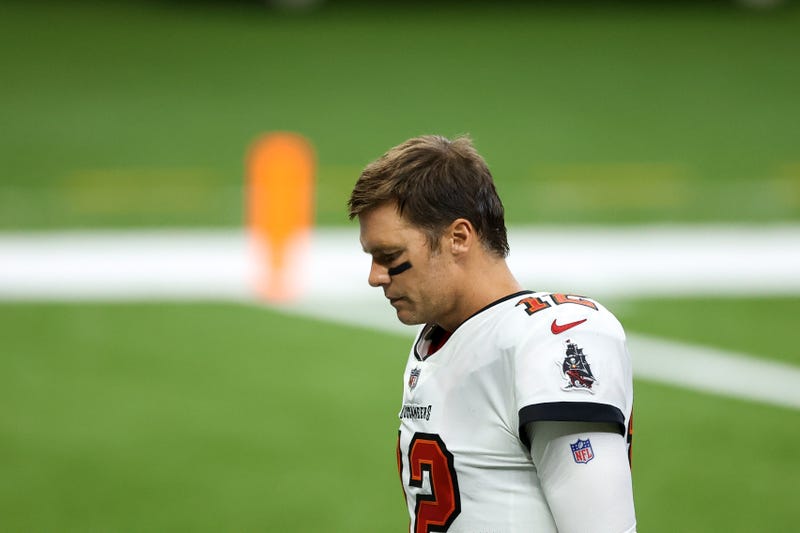 Week 2 finds the Saints holding a one-game lead at the top of the NFC South and everyone else looking to play catch-up. And one team could find themselves squarely at the back of the pack after Sunday’s action.

Both the Buccaneers and Panthers picked up opening weekend losses last Sunday. But not all losses are created equal in the NFL standings.

The Panthers were dropped in a shootout at home by the Las Vegas Raiders, a team from the AFC. The Bucs fell in New Orleans against the Saints, racking up a divisional loss to start the season.

Every NFL team’s first goal is to win their division, and Tampa Bay is already behind the eight-ball one game into the new year. If they were to pick up another NFC South loss this weekend, a lot of that offseason hope inspired by the addition of Tom Brady may start to dry up.

The good news for the Bucs: This Panthers team is not the Saints. Brady should have an easier time finding his targets against the Carolina defense than he did in the Big Easy last weekend. And every week Brady practices and plays with his new team should bring improvement, since he got precious little chance to build chemistry in the COVID-shortened NFL offseason.

That's important because Brady threw a couple of uncharacteristic interceptions right to the Saints defense last week, including one returned for a touchdown. You have to imagine he'll eventually get on the same page as his receivers, but doing so sooner rather than later is of the utmost importance.

The reason? The Panthers were surprisingly resilient in their first game of the season last week, overcoming a leaky defensive showing and mounting a fourth-quarter comeback against the visiting Raiders only to see Vegas snatch back the lead late.

Teddy Bridgewater proved he could rally his new team, and Christian McCaffrey is still Christian McCaffrey. If Tampa strolls into the pirate ship expecting an easy win, they could easily find themselves the ones getting plundered.

The Falcons didn’t do head coach Dan Quinn any favors last week as they opened up the 2020 campaign looking very much like the same team that fell woefully short of their goals in 2019.

Atlanta looked completely overmatched by the Seahawks in a home loss, and the schedule doesn’t get any easier in Week 2 as they head to Dallas to face a Cowboys team desperate to move past their own opening week failure.

The Cowboys were undone a week ago by a paltry showing after intermission in their trip to Los Angeles. Dallas’s offense got the ball six times in the second half but were left with just three points on the scoreboard to show for it, allowing the Rams to slip past them by a field goal.

New Cowboys coach Mike McCarthy is leading a talented group of players that underachieved under Jason Garrett, and if he’s going to turn around the Cowboys culture and keep his players buying into his plan, it would be advantageous to victimize the Falcons on Sunday.

But for the Falcons' Quinn, his seat will continue to heat up if the losses start to pile up the way they did a year ago, and while an opening week loss is not the end of the world, compounding it this week could bring a premature end to Atlanta’s playoff hopes.

Since 1990, teams that start 1-1 make the playoffs at a 42% clip. Start 0-2, and that number drops to 12%, making this a pivotal week for half the league, and that includes both Atlanta and Dallas (not to mention Carolina and Tampa Bay).