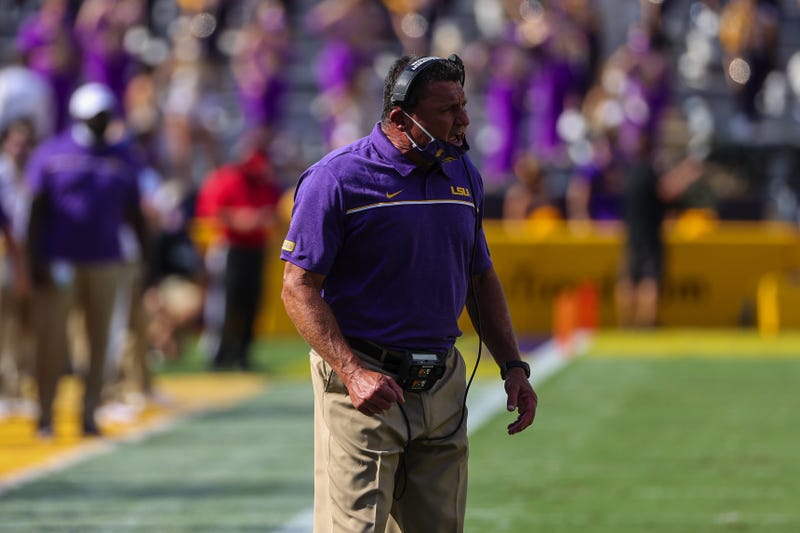 The LSU Tigers came into the season riding high off of winning the 2019 national championship. But 2020 is a new year, and the Tigers became the first defending champs to drop their season opener since 1998.

Now at 0-1, LSU faces down its first road trip of the season, traveling to Nashville to face a Vanderbilt team that played Texas A&M tough in defeat last week.

“It all starts with their defensive line,” LSU coach Ed Orgeron said of the stout Commodore defense. “We’ve got to protect the quarterback.”

Orgeron said Vandy’s linebackers in particular could pose a problem for the Tiger offense.

Orgeron said ball security will be paramount for the Bayou Bengals on Saturday.

“They do a good job of stripping the ball. They’re +1 in the turnover category. We’re +2. We’ve got to win it,” Orgeron said.

As for the Commodore offense, Orgeron said expect a new look on that side of the ball

“They’ll be more pro formations, more gap scheme, more play-action passes along with the spread offense,” Orgeron said. “They wanna suck you in with your linebackers, get the dig behind you, get the skinny post behind you. And I imagine we’ll see a lot of the schemes we saw last week. It’s a copycat league. Things that worked against our defense last week usually we’ll see the week after, and hopefully we’ll fix it.”