LSU is set to host No. 1 Alabama Saturday night. The Crimson Tide are bring Heisman Trophy candidate Mac Jones and a high-powered offense to Tiger Stadium but LSU head coach Ed Orgeron believes his team is up for the challenge.

“Looking forward to playing Alabama. Hope we have a great crowd there, as many as we possibly can,” Orgeron said. “It will be a wonderful night for the Tigers.

LSU is coming off of a loss to Texas A&M that saw the Tigers struggle offensively.

Can the Tigers protect TJ Finley?

True freshman quarterback TJ Finley is 2-2 as a starter and LSU head coach Ed Orgeron said this week that Finley’s best games have come when the Tigers’ offensive line was able to protect the former Ponchatoula star.

Oregon said improving the play of LSU’s offensive line was a focus this week after both Finley and Max Johnson saw heavy pressure from Texas A&M blitzes in the 20-7 loss at College Station. 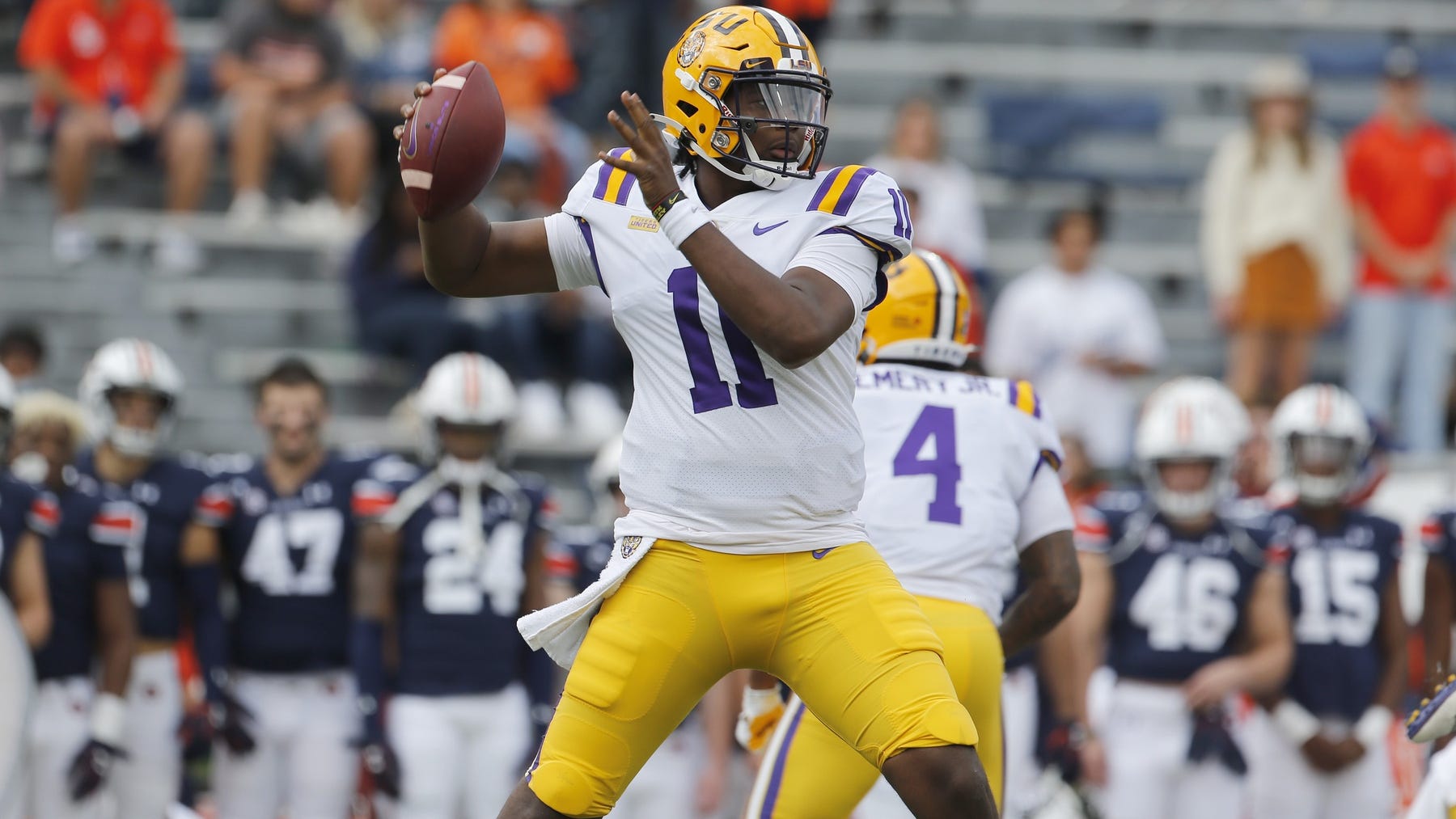 Who will step up in place of the departed Terrace Marshall?

LSU leading receiver Terrace Marshall Jr. announced this week that he was opting out of the remainder of the season. Marshall caught caught 48 passes for 731 yards and 10 touchdowns in seven games this season.

Without Marshall, the Tigers will likely rely on Jaray Jenkins and a group of young receivers including true freshmen tight end Arik Gilbert, Kayshon Boutte and Koy Moore as Racey McMath will be unavailable after injuring himself in the Tigers win against Arkansas two weeks ago.

Orgeron said earlier this week that he wants to see the Tigers get the ball to Gilbert more. The former Gatorade Player of the Year is currently LSU’s second leading receiver with 339 yards on 30 catches. 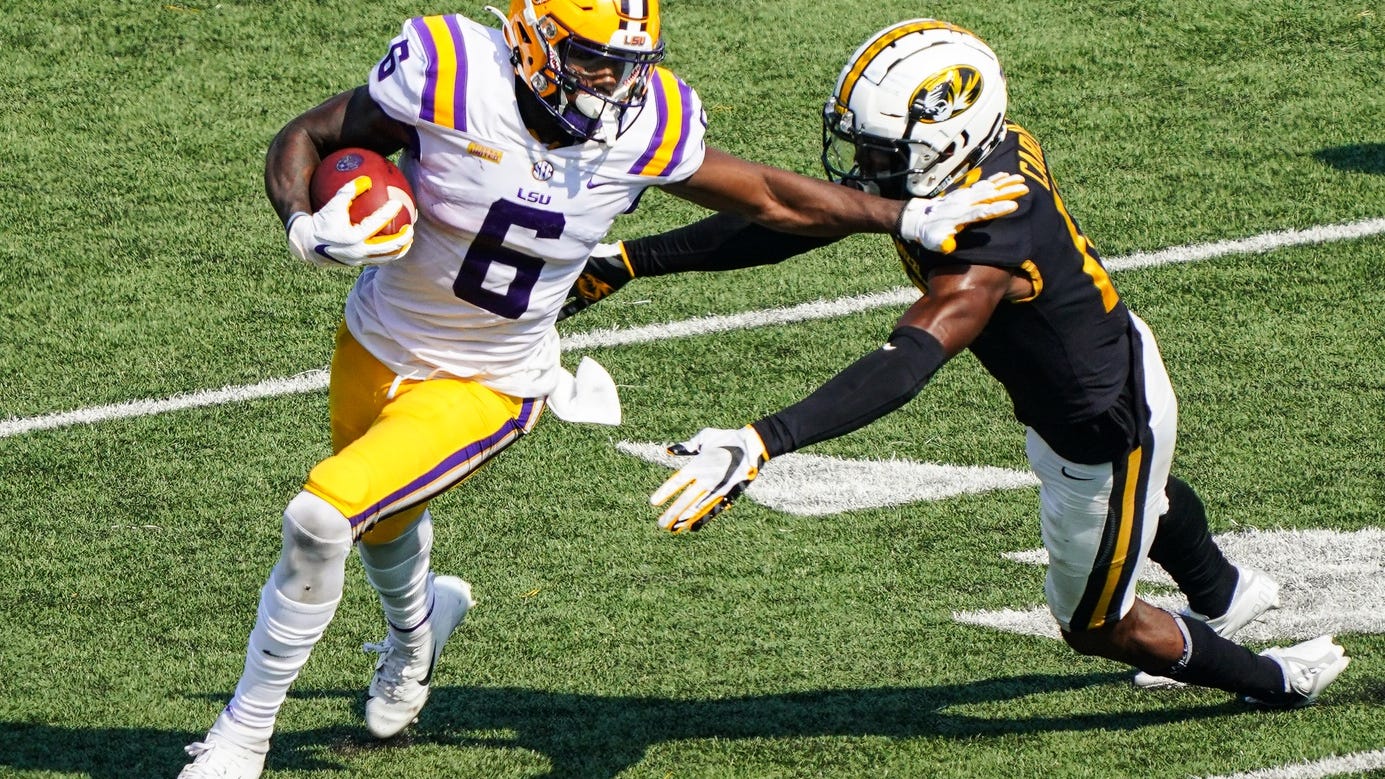 Orgeron on Terrace Marshall Jr.: 'He's going to have a great career in the NFL'

Can LSU’s running game get going?

If LSU plans to come out of Saturday’s matchup an effective running game will be key. LSU’s win total this season directly correlates to its success running the ball. In the Tigers’ three wins, they’ve rushed for 161, 276 and 148 yards. In the four losses LSU’s posted totals 80, 49, 32 and 36 yards on the ground.

Despite suffering a loss to the Aggies, LSU played its best defensive game of the season giving up just 267 total yards after allowing roughly 470 yards per game heading into that matchup.

Alabama is bring the SEC’s second-ranked offense to Death Valley Saturday. The unit led by quarterback Mac Jones has posted 535 yards per game behind playmakers Devonta Smith and Najee Harris.

Smith, a former Amite standout, is a big reason Alabama leads the conference in yards per pass attempt (11.69) and completion percentage (74.69)

LSU will need to continue its improved play to help limit the Tide’s offense.

LSU head coach Ed Orgeron said Koy Moore will return kicks against Alabama as he doesn’t want to risk an injury to star cornerback Derek Stingley. The true freshman receiver has stepped up his play in recent weeks and if he’s able to do so on special teams it could go a long way towards helping LSU pull off an upset.