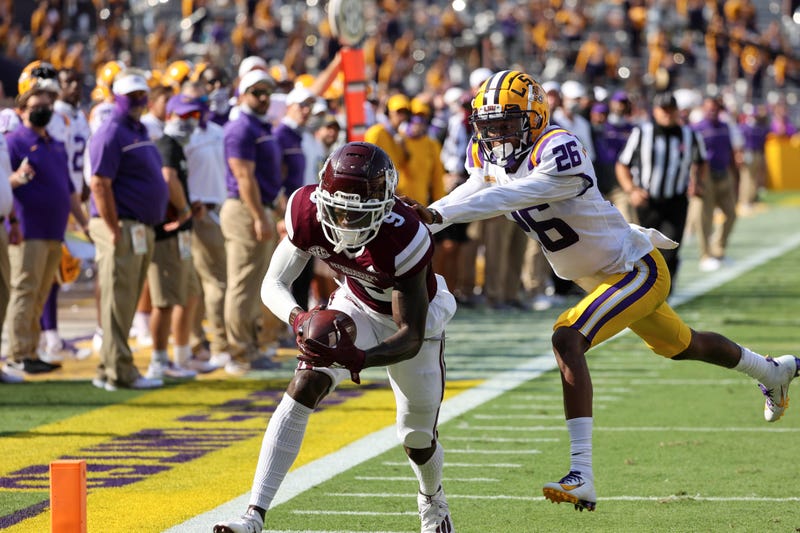 The LSU Tigers raised their 2019 national champion flag in Tiger Stadium in front of twenty-two thousand fans in attendance. Little did they know, that dominant team of 2019 was far from the team that showed up against the Mississippi St Bulldogs.

State QB KJ Costello broke the SEC single game passing record with 623 yards against LSU’s defense. LSU’s new QB Myles Brennan had big shoes to fill replacing Joe Burrow, and while he did throw for over 300 yards, his two interceptions and seven sacks crippled the LSU offense. All in all, there was some good, bad and ugly throughout the Tigers 44-34 loss to the Bulldogs. 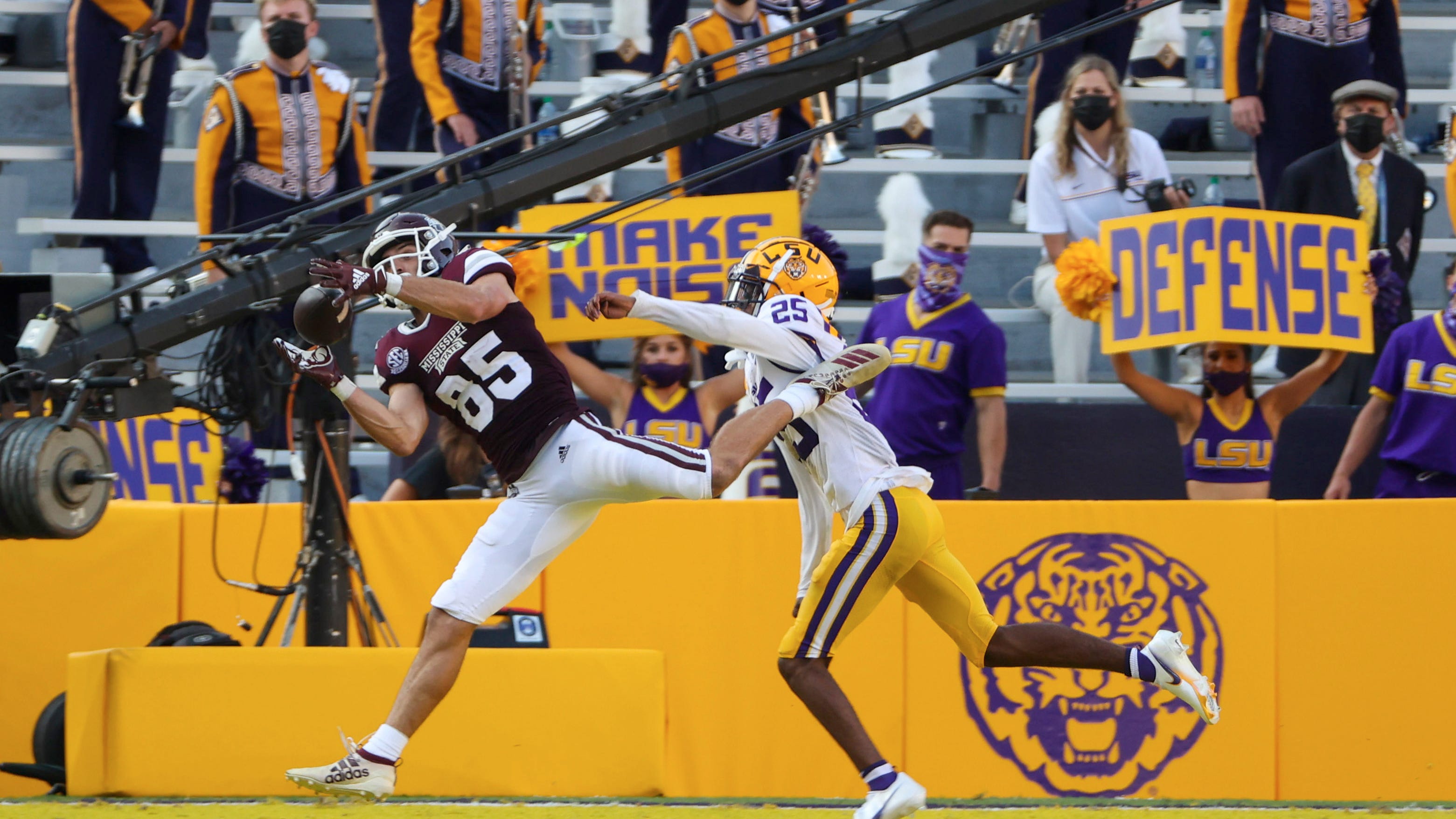 LSU vows to improve defense after loss to Mississippi State

GOOD:
The best player in the game wasn’t on the LSU sideline. It was Mississippi State QB KJ Costello. He became the only SEC QB to throw for over 600 yards in a game. A big reason for Costello’s success was the absence of LSU’s best player, All-American Derek Stingley Jr.

One player, who did step up defensively for LSU, was LB JaCoby Stevens. His ability to play all over the field showed up in the stat sheet with six total tackles including two sacks and a forced fumble. Stevens will be a big part of the Bo Pelini defense for LSU, especially his ability in blitz packages. 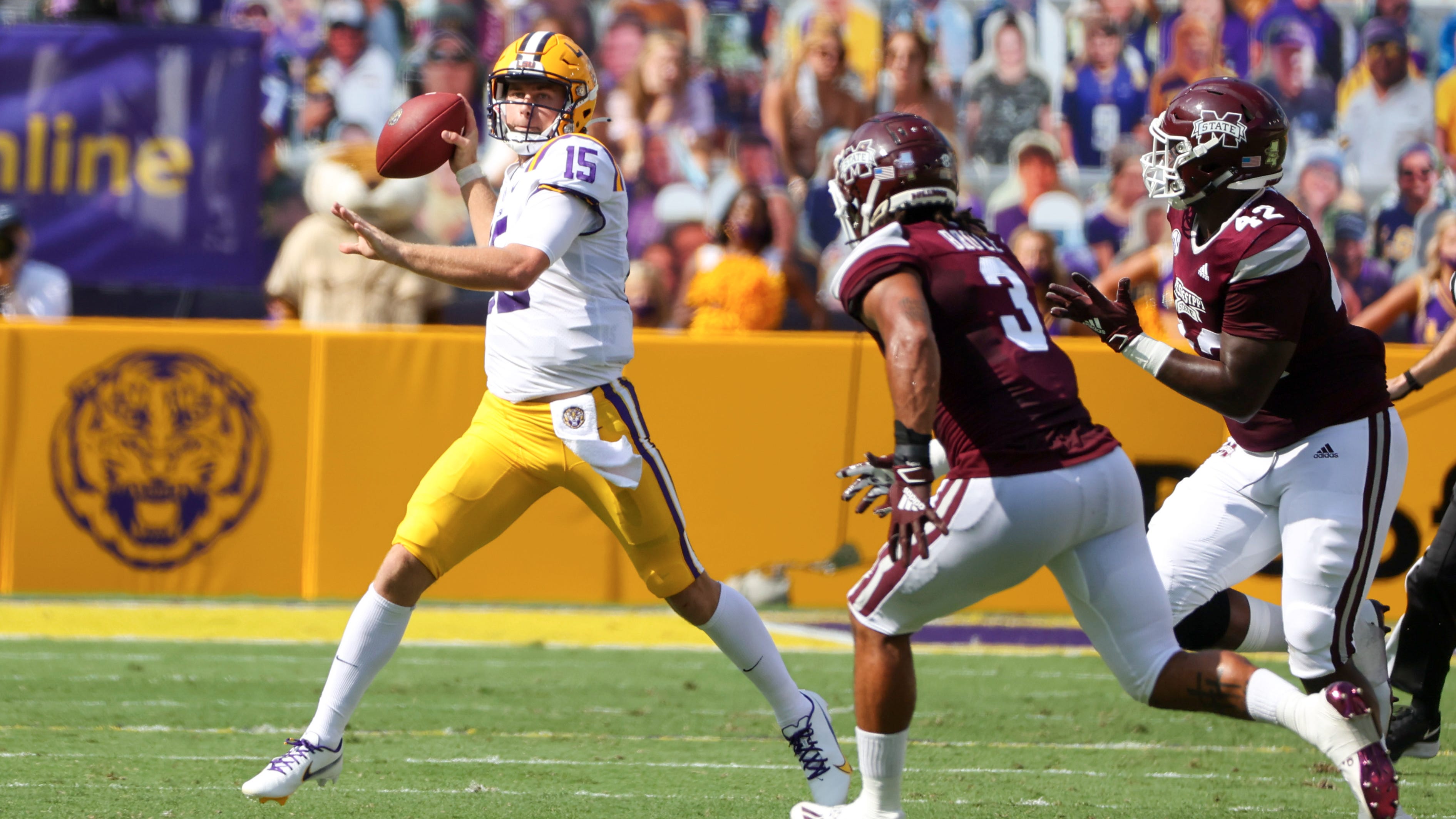 LSU’s offense lost a ton of talent from last season, but there is still talent among the receivers. WR Terrace Marshall Jr. and TE Arik Gilbert were among the pass catchers Brennan was able to target throughout the game.

Marshall was the third option of the trio from last season’s WR group and now with JaMarr Chase and Justin Jefferson gone, the ball goes through #6 for Tiger offense.

Freshman TE Amik Garrett played his first ever collegiate game and saw eight targets for 37 yards and a touchdown. It’s just the beginning for a future LSU star.

Honorable mention, LSU punter Zach Von Rosenberg. His 49 yard punt average will be among some of the best in the nation. His ability to keep the Bulldogs from good field position was a key in limiting the points on the scoreboard.

LSU’s offensive was the best in the nation last season. Trying to replace a few starters can be difficult, but allowing seven sacks in the first game of the season is really unacceptable. The best way to ruin a QB’s confidence is to give him the feeling of pressure constantly throughout the game. Pressure from the Bulldogs played a factor in the four LSU turnovers.

Bad offensive line play can also affect the run game, which couldn’t get it going either. Chris Curry led the Tigers with 47 yards rushing, but neither he nor Ty Davis-Price could break off big runs. The Tigers did try to come out of the 2nd half with a focus on the run, but State’s offense pressured the Tigers into a track meet. 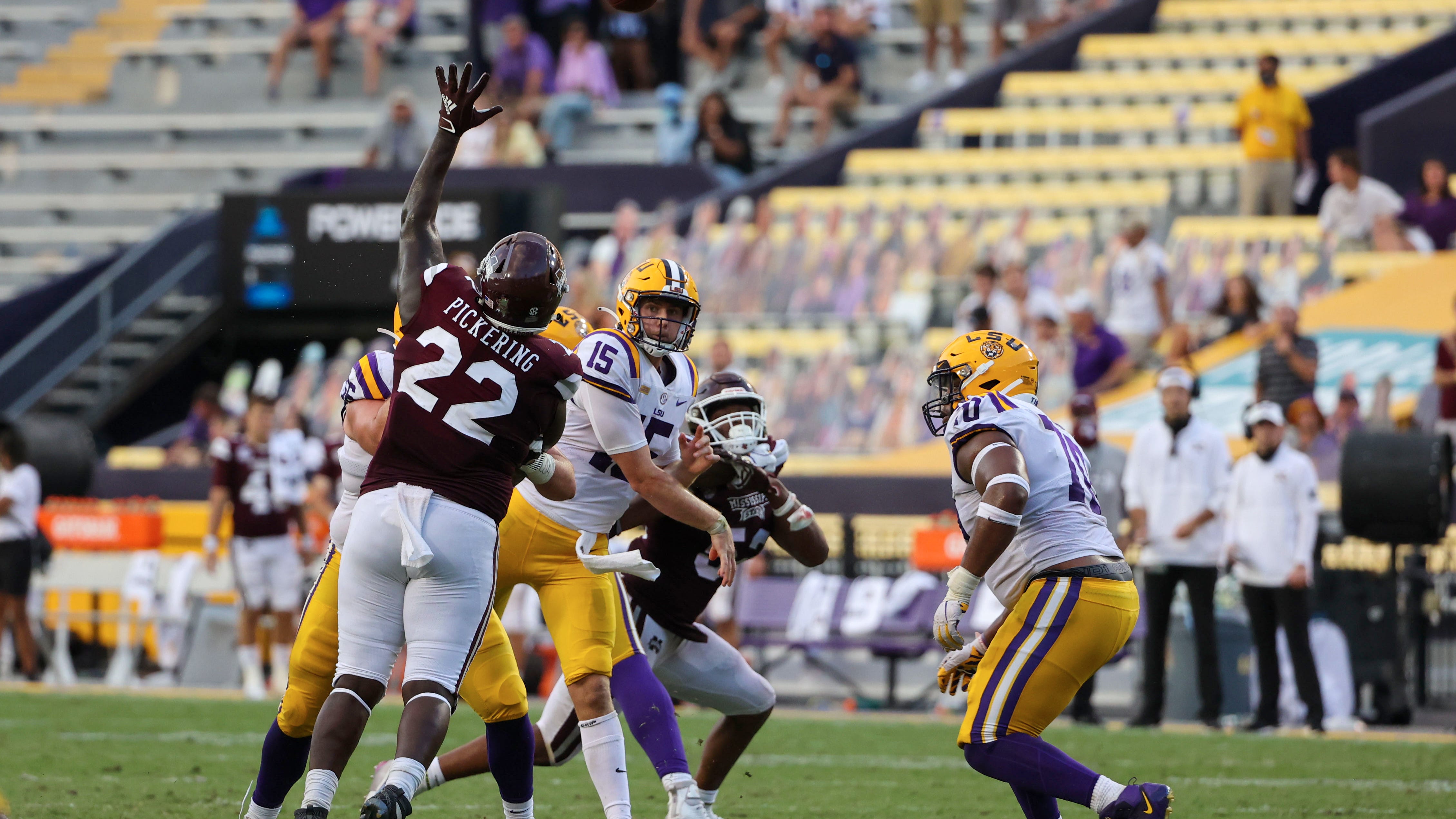 That leads us to LSU QB Myles Brennan. Brennan started the game looking rough as it took LSU four drives to finally get the offense clicking. The Tigers were 5 for 17 on 3rd down and 0 for 5 in the 4th quarter. This was Brennan’s first ever career start for the Tigers so he’ll get a pass, but he’ll need to improve quickly with the expectations on his shoulders. For comparison, in Joe Burrow’s first start at LSU he passed for 140 yards and completed less than 50% of his passes.

This is the obvious choice and that’s the LSU defense. The Tigers had no answer for Mike Leach’s offense and QB KJ Costello. The secondary was exposed especially in man coverage all game. The Tigers have a ton of young talented players including Eli Ricks, who had an interception.

Defensive Coordinator Bo Pelini will have a hard time watching film this week and making adjustments, but hopefully, he’ll get Derek Stingley Jr. back next week to heal the wounds.

LSU looked like a team that replaced over a dozen starters from last season. Tiger fans got a taste of reality Saturday and maybe now expectations will lower just a bit coming off one of the greatest seasons in LSU football history.

Although the Tigers will start the season 0-1, this team is young and expects to grow throughout the year. They have two winnable games the next two weeks against Vanderbilt and Missouri, before their next real test vs the Florida Gators on October 17th.

sports
Christian McCaffrey designated to return from injured reserve
sports
Kyle Korver on Bucks’ playoff boycott: ‘We stood around the phone and cried’
sports
Legendary story about Akiem Hicks drinking 40 beers resurfaces on 'Monday Night Football'
music
Lady Gaga rolls up in a Tesla to drop off her absentee ballot in style
music
This Whitney Houston classic is the latest to hit 1 billion views on YouTube
news
WHO: 'Economic recovery' is impossible if people continue living 'the way they did' pre-pandemic