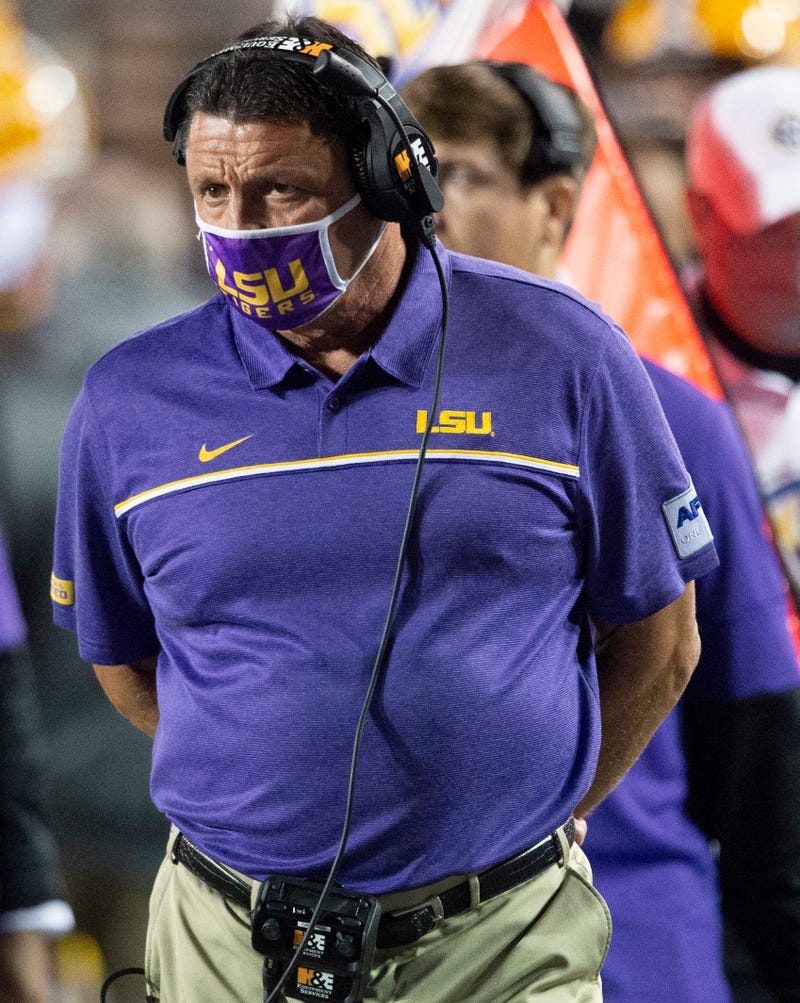 There’s no doubt the football season at LSU hasn’t gotten off to the start they envisioned. At 1-2, the Tigers have suffered shootout losses to unranked Mississippi State and Missouri, and the once-vaunted Tiger defense has been shredded.

LSU Coach Ed Orgeron says it’s a problem they must get fixed.

“Ridiculous,” Orgeron said Tuesday night on WWL Radio. “And it’s something we’ve got to change. And it’s up to me as the head coach to fix it. I stepped in and said simplify everything. Let’s make sure if we’re playing a certain coverage if we have some checks that everybody gets the checks. Get everybody on the same page. If we can’t get it, we’re not gonna run it.”

And while LSU has put up their share of points on offense, that side of the ball was not immune to criticism either after going 0 for 10 on third down in their most recent outing.

“Very disappointed in third down,” Orgeron said. “We’ve got to call better schemes. We’ve got to execute better. We’ve got to protect the quarterback.
We can’t get in 3rd and 15 or 3rd and 10+… We’ve got to be able to run the football better on first and second down. I think that will alleviate some of the problems.”

With the Tigers’ next opponent, the Florida Gators, dealing with a major coronavirus outbreak, LSU’s scheduled Saturday trip to Gainesville has been postponed, giving Orgeron and his staff an extra week to get things moving in the right direction on both sides of the ball.

The next matchup for the Tigers is now a home tilt against South Carolina on October 24. You can hear Orgeron’s full appearance on “Sports Talk” by clicking the podcast link.