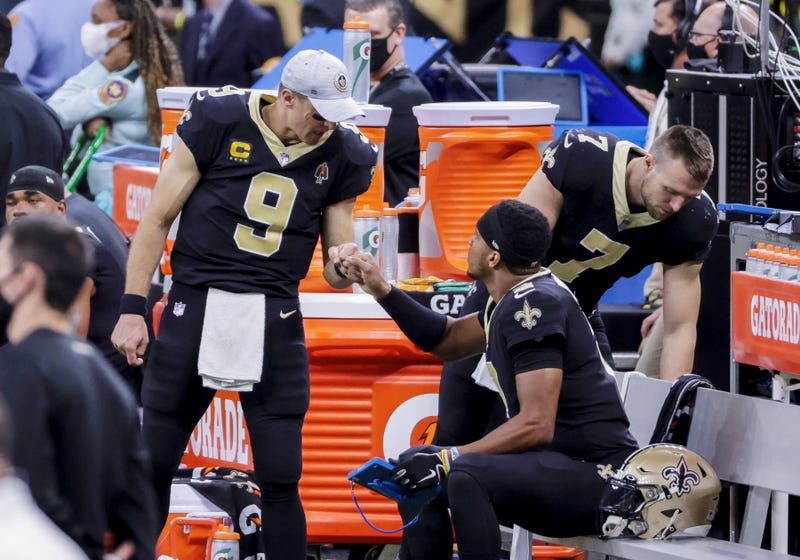 Saying Drew Brees is “banged-up” is an understatement. The 41-year-old was believed to be dealing with five fractured ribs, along with a punctured lung and that was confirmed following a second opinion, according to the NFL Network.

After additional tests on Tuesday, there is no change in the status of #Saints QB Drew Brees, sources say. That means with his cracked ribs on both sides and punctured lung, he’s likely out at least two weeks and then see how he feels. Expect a lot of Jameis Winston for NO.

Its positive news after an initial timeline was believed to be anywhere from 4-6 weeks. Jameis Winston and Taysom Hill will be vying for the staring role with the lead to miss some time.

Sean Payton has said he wouldn’t name a starting QB until the end of the week since it doesn’t provide his team any advantage to do so right now. He was asked this morning if there was any new news on the future Hall-of-Famer.

"No update," Payton replied. "I'm eating a bagel. I was hoping to be chewing it when you asked."

The Saints look to chew on the 3-6 Falcons this Sunday. Atlanta is coming off a bye week and has won 3 of their last 4 games.