“It's a win that was basically guaranteed before that game started,” Zach Strief, the Voice of the Saints, said of the New Orleans Saints' 31-3 win over the Denver Broncos.

Strief was referring to the fact that the Broncos did not have a quarterback available because of COVID-19 protocols. Denver was forced to elevate a wide receiver, Kendall Hinton, from the practice squad to make do. Nevertheless, Strief was impressed with the Saints' performance.

“But listen, [the Saints] had a good game plan for it. I think it was clearly extremely conservative. I think they knew they could only give it away. They couldn't really lose it. So the game plan reflected that.” 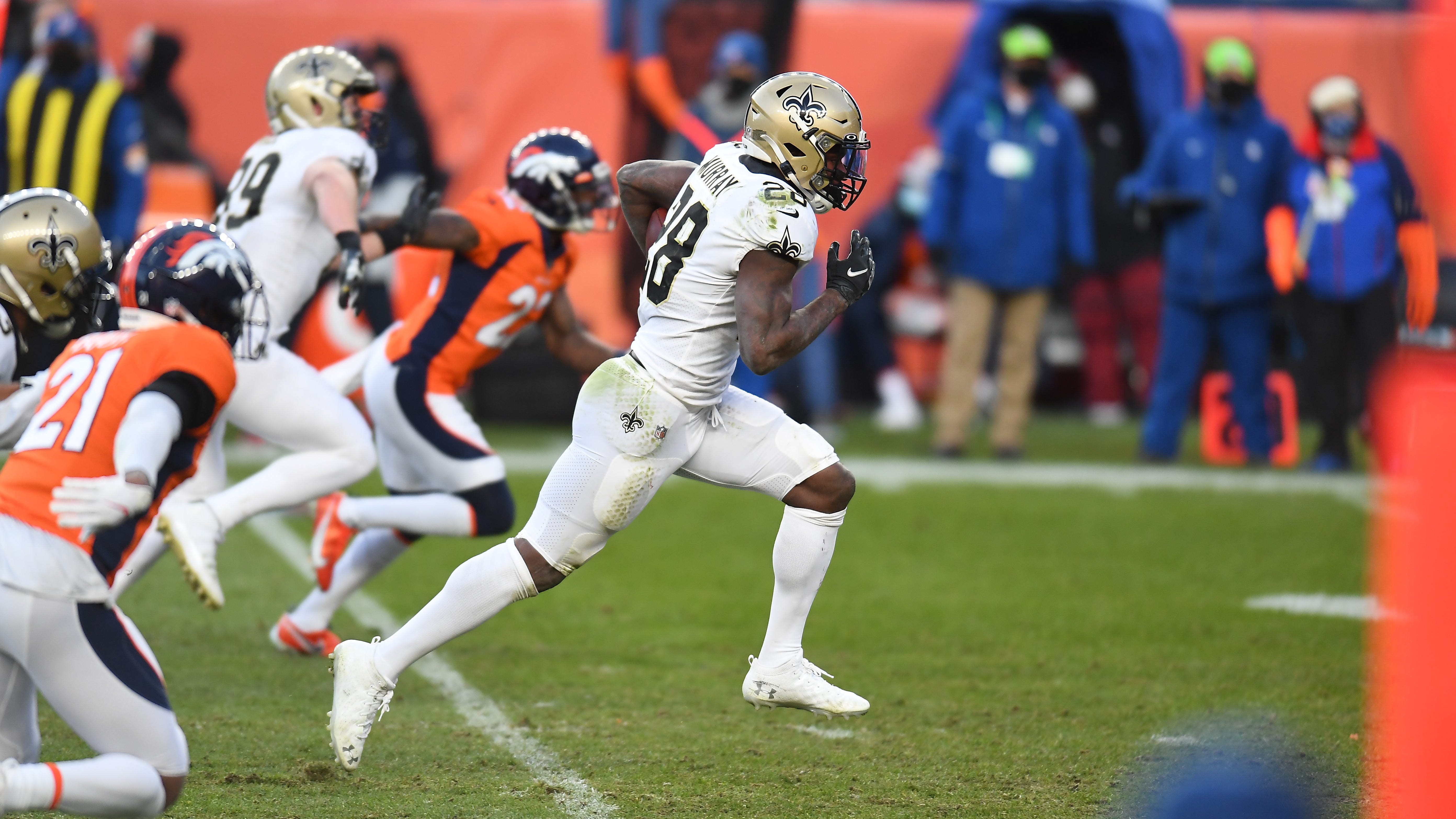 New Orleans did have a conservative game plan, heavily featuring the run, which also played to some of Taysom Hill's strengths. The Saints ran the ball 44 times for 229 yards while passing just 16 times for 78 yards. That led to four rushing touchdowns – two by Hill, two by Latavius Murray, who had a banner day with 124 yards on the ground – and an impressive 35:46 time of possession.

“I think the offensive line played well against a good front seven,” Strief said. “Quite honestly they were dominated up front. [The Broncos] knew what was coming. There was no deception involved in what the Saints did offensively yesterday. More than a couple times, we saw them run the exact same play twice in a row and then just flip the formation and run it to the other side on the third play. It was kind of an old school, smash-mouth game.”

New Orleans rode that game plan to an easy victory, their eighth in a row after starting the season 1-2. Strief isn't worried about the streak itself becoming a preoccupation or distraction.

“One of the things the Saints staff does so well is to kind of remove distractions from the team and really let them focus,” Strief said. “They're going to coach players hard, and they're going to remind guys that [they] were gifted a win yesterday and there's a lot of stuff to clean up from that game and a lot of things to do better.

“You didn't win eight games in a row all at once, and you're not going to win the rest of them all at once,” Strief continued. “You've got to win one game at a time. You've got to execute a single gameplan, win one game. You move on down the road, and you can count up streaks and records when the season's over.”

The next one game the Saints have to win is on the road against the Atlanta Falcons on Sunday.