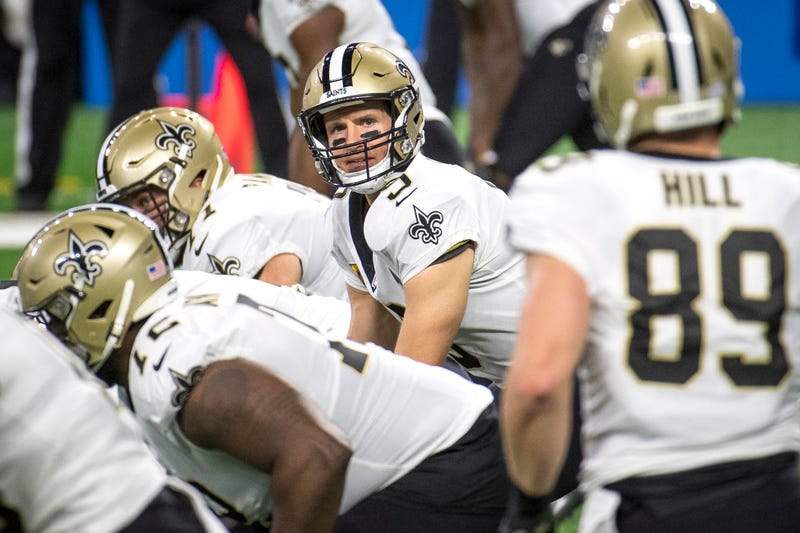 If you’re like me, few things recharge the batteries like a week off.  I love getting caught up on mundane tasks, cleaning up outside the house, even the occasional garage cleaning. Feeling productive makes most people feel good. As Saints fans, we can all agree, it would make us feel good if the Saints were feeling productive after a week off.

The Saints enter week 7 sitting at an uneasy feeling 3-2. It’s both a good and bad sign.  It’s good that this team is so talented that they have high expectations.  That talent helped them prevail in a football game without the services of 6 pro bowlers, while losing another in the process.  It’s also a bad sign.  Talent and expectation are not results, and it’s been the results of these first 5 games that led to the feeling that maybe this group isn’t who we thought they could be. 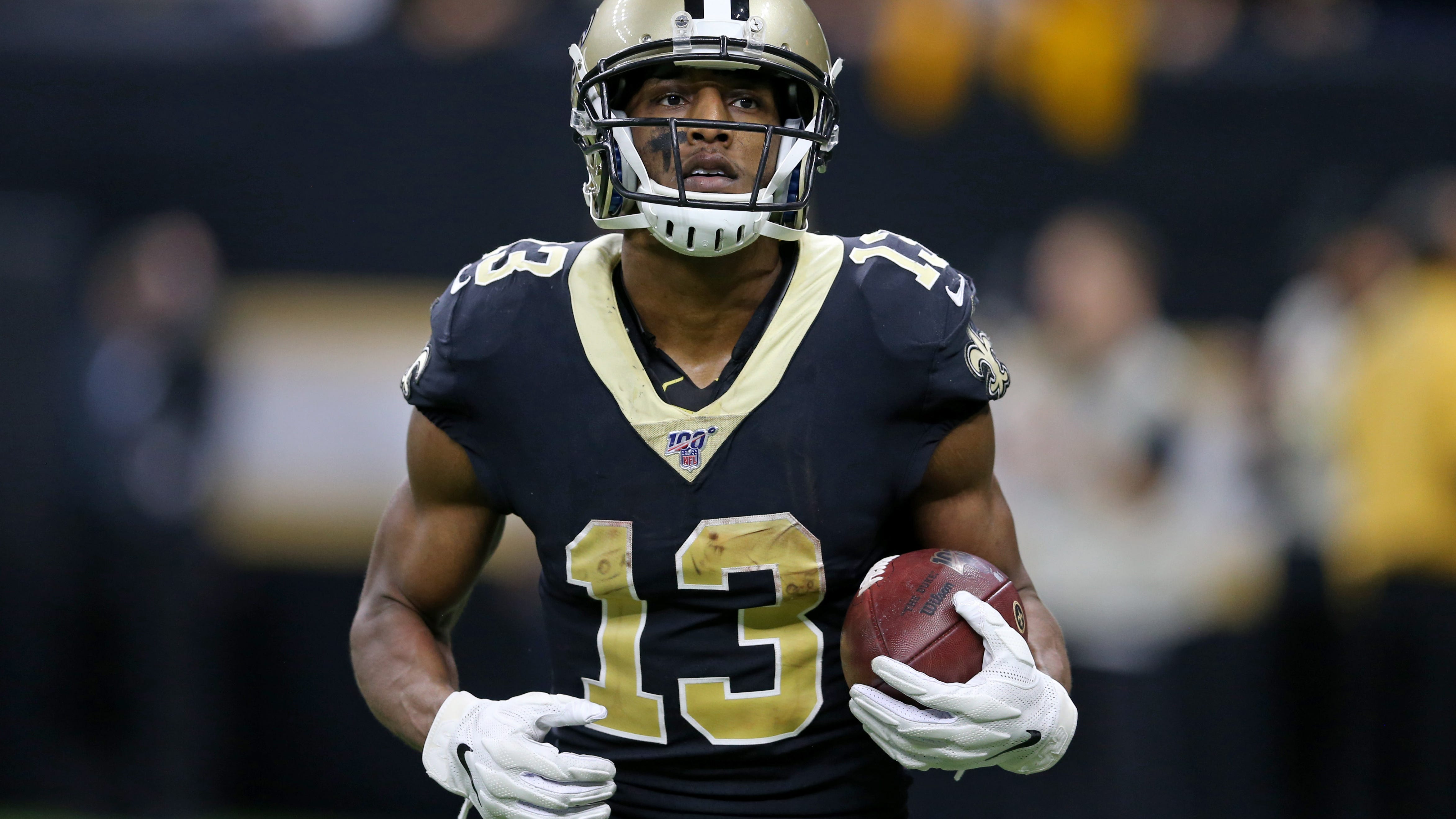 An opening week win vs. the new look Buccaneers made this Saints group look like they were still the cream of the NFC South crop.  The Saints defense forced 3 turnovers, and did an excellent job reigning in an outstanding receiving corps in Tampa.  From that game until today, the Saints secondary has struggled to live up to the expectations they set for themselves in the offseason.

The Saints trip to Las Vegas did go according to plan and David Carr continually victimized the Saints secondary.  A trip back to the friendly confines of the Superdome vs. the Packers produced similar results, as Aaron Rodgers amassed 3 TD passes without the use of his pro bowl receiver Devante Adams. The trip to Detroit and the Saints second Monday Night Football game vs. the Chargers saw improvements, yet both continued to exhibit signs that the Saints secondary was not on the same page.

This bye week has been a good opportunity to understand how and why the Saints have struggled with discipline on the back end.  I still strongly believe this group has all the potential to be outstanding, and I believe it’s a matter of time before they show that.  However, like I said earlier, expectation and potential are worthless until they’re realized.  The problems do not end there.

The Saints also struggled at times offensively.  Let me tell you, It’s hard for me to say that while they are scoring over 30 points a game.  Afterall, there isn’t a whole lot that matters more than how much you’re scoring offensively.

The Saints have again struggled at times to stretch the field vertically or even threaten defenses that they are capable of dominating. I haven’t necessarily seen it hurt the Saints yet, but It will eventually catch up to them vs. good teams in big games.

We have seen that in the past.  The Saints have seen a lot of two-deep coverages and when you watch game tape, it’s not as if you don’t see players running deep routes.  What you have not seen are those routes getting open.  Defenses seem content on allowing the Saints to slowly work the ball down the field.  That has been ok in the past, but losing Mike Thomas over the last 4 weeks has hurt the team’s efficiency.

Again, feels weird to question the efficiency of an offense that is scoring the 6th most points per drive in the NFL.  The reality is without a consistent big play threat, you are forced to play a highly efficient brand of offensive football to be effective.  There have been games where the efficiency has lived up to the level of expectation performance in the last couple seasons.

The Saints can achieve more efficiency by either loosening the top of the defense with deep threats, something they have not been able to do, or by creating a dominating running game.  I think that is the Saints clearest path to returning to the elite efficiency machine they have been over the last two years.  Rely heavily on your outstanding offensive line and two-headed backfield.  Force teams down into the box to stop a punishing run game.  It will pay big dividends late in close football games, a situation I think the Saints will find themselves in often.

With the Panthers coming to town following their bye week, the Saints will have an opportunity to show off improvements in both areas.  The Panthers offense may look familiar to you while you’re watching it.  Joe Brady is really just the second offensive coach to leave Tom Benson Drive with the Payton/Brees offense in hand.  The first was Joe Lombardi during his stint as offensive coordinator in Detroit, and now the combination of Brady and Bridgewater.

If it looks vaguely familiar to you, it will look glaringly similar to our secondary.  We watched the Saints secondary dominate during training camp this year.  They were without question the most outstanding position group during those summer practices.  Their familiarity with the formations, motions and route combinations that the Panthers lean heavily on could serve them very well in this football game.  It will also help to get starting corner Janoris Jenkins back into the mix, after he recovered from a shoulder injury.

Offensively, New Orleans is facing a defense that has played hard but has issues that won’t be suddenly fixed.  The Saints biggest need offensively coming out of the bye week is not getting receivers back.  While it would obviously be nice to get Mike Thomas and Emmanuel Sanders back in the fold quickly, what would most benefit this offense is a true commitment to running the football.

The strength of this offense right now, with the injuries they have been dealt,is in its offensive line and running backs.  The Saints have shown several times this season their ability to take a game over on the ground.  The problem is, that commitment has wavered as games played out.

The Panthers have struggled against the run this season.  True, they are coming off their best performance vs. the run against Chicago, but the Bears have been one of the worst ground games in the NFL this season.  With a refreshed group up front and two healthy running backs, this is the time for the Saints to show just how dominant they can be physically on the ground.  That confidence could help this offense find its true identity and open up the passing game without the need for a strong vertical passing game.

Divisional games are different.  They mean more, they are more intense and its evident when you have played in one.  This is a big game for the Saints.  Not just for their record, or to keep pace with the Bucs.  It’s a big game because they need to prove to themselves that they really are the team they thought they were.

We are all fortunate that a 3-2 record feels disappointing.  Back to back 13-win seasons will do that for you.  But the Saints need to know they are the team they think they are.  Currently, they still believe it, but they don’t KNOW it.  The Saints could take a big step in that direction with a dominant performance against a Carolina Panthers team that does not have the same level of talent or expectation.