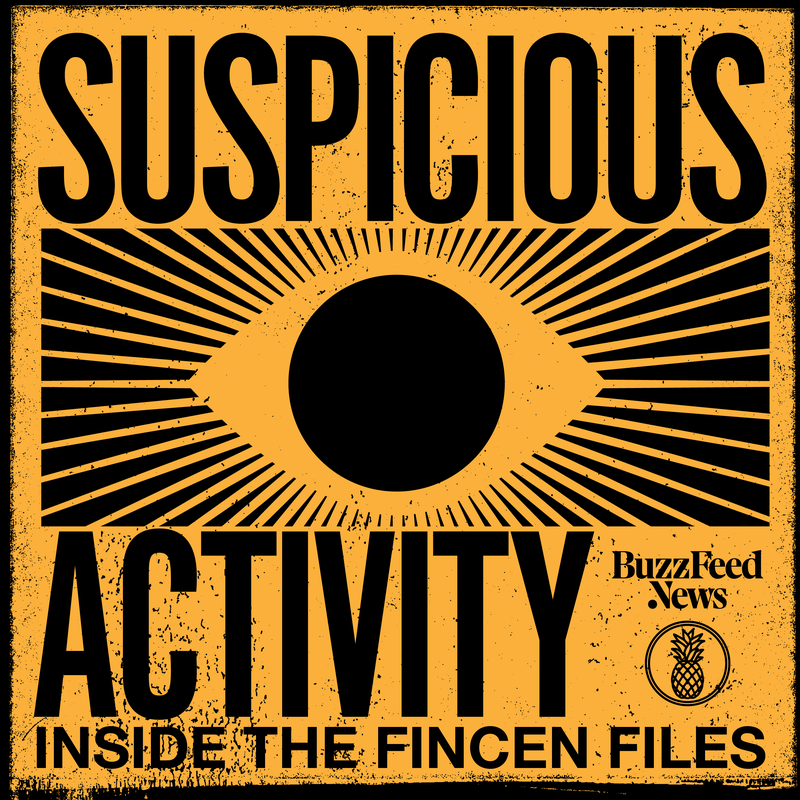 RADIO.COM's Pineapple Street Studios along with BuzzFeed News and the International Consortium of Investigative Journalists (ICIJ) have just launched their new podcast, "Suspicious Activity: Inside the FinCEN Files."

The podcast, hosted by BuzzFeed News editor Azeen Ghorayshi, revolves around an investigation which aims to expose how Western banking giants have moved trillions of dollars in suspicious transactions around the world while the government fails to stop it.

The project involves a team of more than 400 reporters in 88 countries assembled by ICIJ. The investigation is centered around thousands of pages of government documents supplied by BuzzFeed News to the coalition.

The documents reveal how some of the world's biggest banks have helped notorious terrorists, drug cartels, and despots.

"Suspicious Activity: Inside the FinCEN Files" will feature interviews with the investigative reporters and editors who have worked tirelessly on the project as well as politicians, former regulators, and experts on financial crime.

"These files expose a vast and powerful network of financial corruption reaching every corner of the world, every industry, and countless governments — and they show that US authorities are aware of it but don’t do what’s necessary to stop it. The FinCEN Files is a detailed archive of the unseen, sinister forces that shape our global economy, our history, and our futures,” said Mark Schoofs, editor-in-chief of BuzzFeed News.

“When we heard about the FinCEN Files, our jaws dropped to the floor and we knew we had to be a part of this project,” said Jenna Weiss-Berman, cofounder of Pineapple Street Studios. “Making the podcast version has been a wild ride, and as the former head of audio at BuzzFeed, it's been really fun working with my former colleagues. We're excited for the world to hear this story.”

For more, listen to "Suspicious Activity: Inside the FinCEN Files" on the RADIO.COM app.