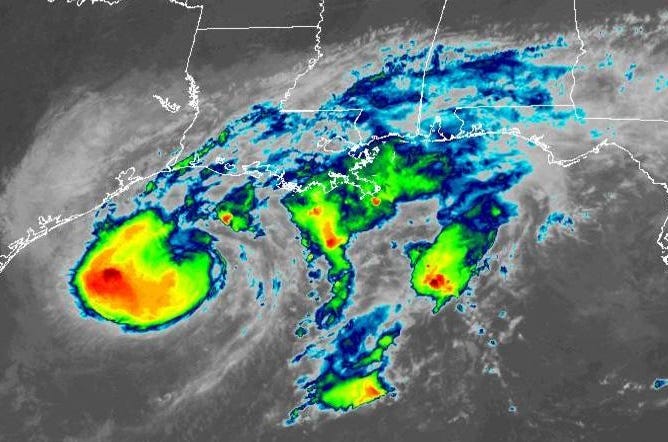 An alert from the city says that with the area under a Flash Flood Watch until Wednesday, people should prepare for possible street flooding from Tropical Storm Beta's rain.

"The city of New Orleans continues to monitor Tropical Storm Beta, which is currently forecast to approach the Texas coast and move inland Monday or Monday night. Residents are encouraged to prepare for heavy rain, wind, and coastal flooding outside the levee system," a notice from NOLA Ready reads.

Officials say as Beta drifts across Texas and into Louisiana, it could keep sending rain into New Orleans.

"Rainy weather is expected to persist for much of this week, with approximately three to five inches of rainfall currently expected through Friday."

Coastal flooding is also a concern.

"Prolonged onshore winds are causing coastal flooding outside the levee system. A Coastal Flood Warning is in effect for those areas, with water levels of one to three feet above normal possible now through the middle of the week. Residents in Venetian Isles, Lake Catherine, and Irish Bayou should stay weather aware and be ready for coastal flooding."