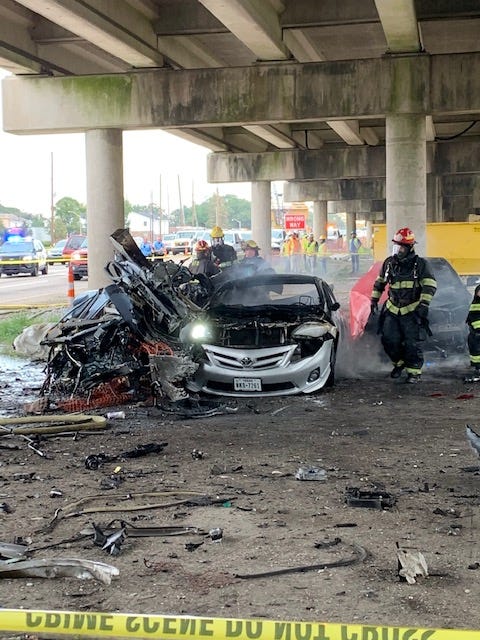 Kenner police and firefighters work a 3-vehicle crash under Interstate 10, which killed one person and left another in critical condition.

It happened about 8:10 a.m. on westbound Interstate 10 at the Loyola Drive exit ramp. The fire temporarily closed the exit ramp as crews work to extinguish the blaze.

The driver’s vehicle burst into flames setting off a chain reaction engulfing the second vehicle and a third vehicle which was also parked under the Interstate.

Kenner Fire Department immediately arrived on scene and extinguished the flames at which time a body was found in between the first vehicle and the second vehicle.  That person was pronounced deceased on scene.  It is unknown the identity of the deceased person and it is unknown at this time if he was a construction worker or a passenger in the first vehicle.

The driver of the vehicle has been taken to an area hospital and is in critical condition. 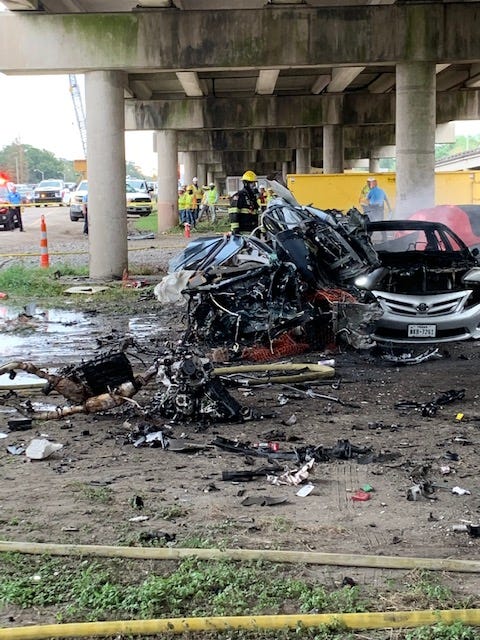