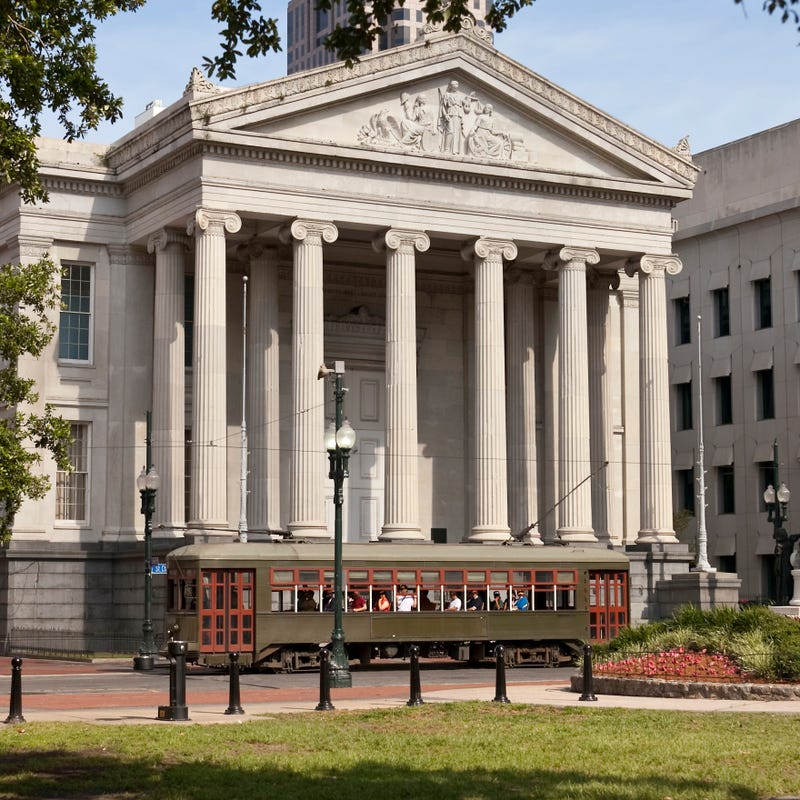 A fleet of ADA compliant streetcars hits the rails on the St. Charles line today.

The three new streetcars are equipped with wheelchair lifts at the front and rear of each car to better accommodate riders with limited mobility and those who use wheelchairs and walkers.

“As an RTA Commissioner and as a transit accessibility advocate, I am excited the RTA is entering its new ADA accessible streetcars into to service today,” said Mark Raymond, Vice Chair RTA Board of Commissioners.
“The modification of the historic St. Charles Streetcars and streetcar stops is a great first step in achieving the Board of Commissioner’s goal of building a fully ADA accessible transit system that serves all transit riders regardless of an individual's level of mobility.”

To help riders identify the ADA compliant streetcars, the new cars are marked with the universal accessibility icon on the front and side indicating ADA accessibility.

Each ADA streetcar required 1200-man hours to convert the Riverfront streetcars into replicas of the St. Charles cars.

The cars were painted inside and out to match the Perley Thomas cars in almost every way.

Riders will also experience a smoother ride due to the cars different propulsion system which is more in line with light rail on our other streetcar routes.