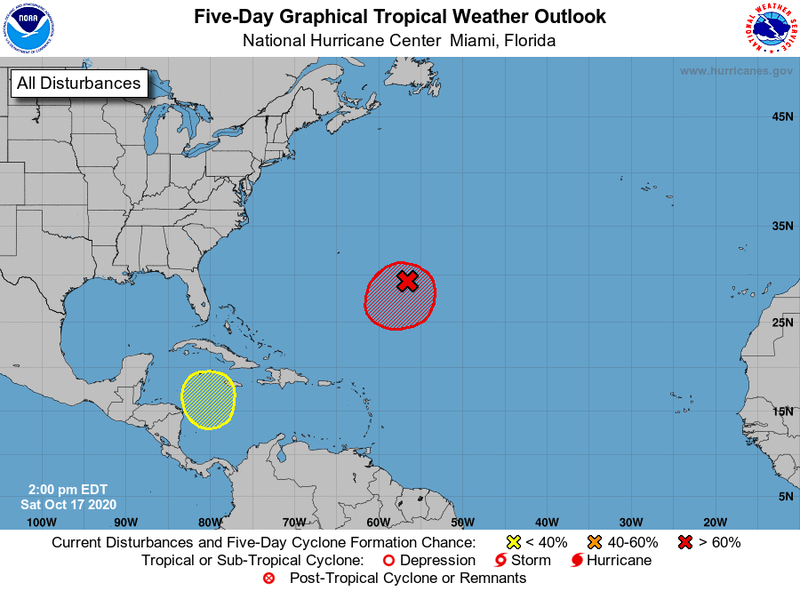 An area of low pressure in the Atlantic about 500 miles east-southeast of Bermuda has a high chance of development, according to the National Hurricane Center.

"Gradual development is expected, and a subtropical depression or storm is very likely to form during the next day or two," said forecaster Eric Blake.

Anything that develops is expected to meander southeast of Bermuda.

The hurricane center also has its eyes on potential development in the Caribbean Sea.

"A broad area of low pressure is expected to form in a few days over the southwestern Caribbean Sea," said Blake. "Some gradual development of this system will be possible through the middle of next week while it moves slowly northward or north-northwestward over the western Caribbean Sea."

The hurricane center currently gives this a 30 percent chance of developing into a cyclone over the next 3-5 days.