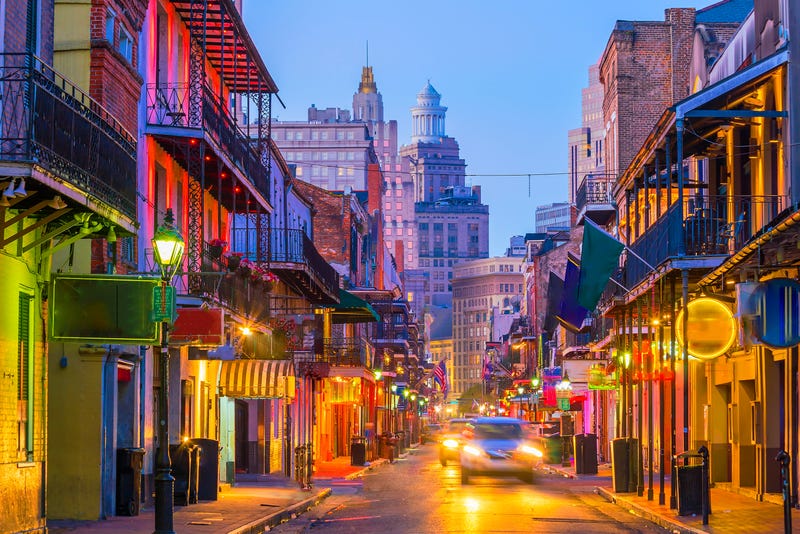 Mayor Cantrell is at loggerheads with the French Quarter Management District. Voters are already weighing in on a sales tax imposed there for the purposes of security, but the details about how that money’s going to be spent still have not been worked out. Jeremy DeBlieux, a representative from the FQMD, joined Newell on the show Tuesday morning to explain what’s going on.

“Jeremy, you’re quoted in the newspaper saying ‘this body needs to take a stand.’ Tell us about what you meant by that,” Newell began.

“Well, Sheriff, It’s unprecedented to have an issue in the French Quarter have 100% support of businesses and residents,” DeBlieux said. “That support is for the proceeds of this tax to come to the FQMD to continue the supplemental police patrols that we’ve been managing for the last five years.”

“So the city has decided that they want to control it, and this is now a battle about control?” Newell asked. “Y’all decided to impose a tax on yourselves five years ago because you decided that security and safety was important enough that you were willing to tax yourselves?”

“Correct, and that tax originally went for Louisiana State Police,” DeBlieux said. “But the leadership at State Police changed, and that contingent changed how they were patrolling the French Quarter. Mike Edmondson promised boots on the ground, and that changed when he left. The French Quarter is unified in wanting to move on from the State Police. Now, the FQMD’s supplemental police patrol was funded through New Orleans and Company and the 1.75% hotel self-assessment. That’s now gone. So it was our idea to renew the Economic Development District sales tax and have that money come to the FQMD to continue this program that’s been unbelievably successful, and has been embraced by everyone that lives and works in the French Quarter.”

“What is Mayor Cantrell’s objection to that?”

“They don’t want to see money going from sales taxes to somebody else, the city wants to control that,” DeBlieux explained. “And they want to fund something they call ‘grounds patrol,’ which is non-post-certified officers in the French Quarter and in Armstrong Park.”

“Not that that isn’t a worthy cause, I’ve seen that work in other places,” Newell said. “But it’s not done to supplant law enforcement activities, and that’s where the rubber meets the road on this issue?”

“The rubber meets the road in two ways,” DeBlieux continued. “The city wants to give a portion or all of the money to grounds patrol, and a portion of the money to post-certified police officers, and they want to control the program. But the FQMD has a five-year history of overseeing this program with transparency and accountability.”

“Is this a retaliatory act by this administration?” Newell asked.

“I think it is the administration not wanting to turn money over to someone else, they want to hold all the money,” DeBlieux said. “In our mind, it’s no different than the ad valorem taxes for security in Mid-City, or Lakeview. But the city representatives say that’s different because that’s ad valorem and this is sales tax.”

“This highlights a similar approach the city took with the Downtown Development District,” Newell said. “You’ll recall that they really didn’t like the fact that the DDD was trying to control their own destiny after the city failed to provide the basic essential services beforehand. It seems to me that this is just a repeat of that!”