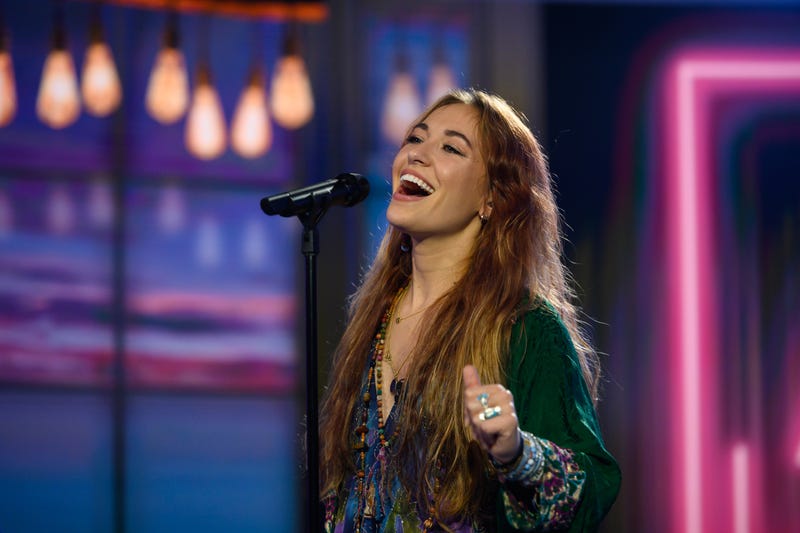 New Orleans Mayor LaToya Cantrell has sent a letter to executives at Dick Clark Productions after word a Louisiana singer was selected to be part of the Dick Clark’s New Year’s Rockin’ Eve broadcast.

The mayor says she has "urgent concerns" about Lauren Daigle performing on December 31st at Jackson Square in New Orleans.

"Daigle... harmed our people, she risked the lives of our residents, and she strained our first responders in a way that is unconscionable," Cantrell wrote. "I ask that your immediately remove Ms. Daigle."

Here is the full letter: 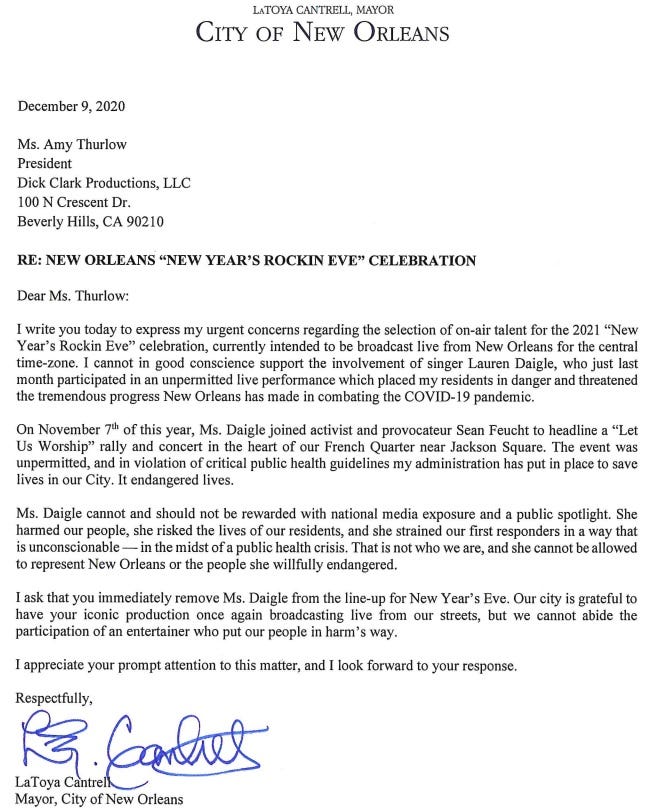 Daigle performed at an event in the French Quarter last month.  The "Let Us Worship" rally and concert drew hundreds of people who were not wearing masks and not socially distanced.

Louisiana Lt. Governor Billy Nungesser says Daigle explained it is all a misunderstanding.

"As a matter of fact, she has been trying to reach out to the mayor to apologize," Nungesser told WWL's Newell Normand.

He says Daigle was riding her bike in the Quarter and stopped when she heard people praying for hospitality workers, so she stopped to pray with them.

Nungesser says Daigle only sang after someone asked her to do so, and was not responsible for the crowd gathering.

He says the mayor has so far refused to talk to Daigle.

As of now, the controversy appears to mean that the broadcast from New Orleans will not happen in December 31st.

Nungesser says that will destroy an opportunity to jump start post-pandemic tourism.

"Our big chance to promote Louisiana and New Orleans... to have the rug pulled out from under us by such a hateful, horrible, nasty, mean, unbelievable act; you can't put words to it."