Williams had a loaded handgun with an extended magazine visible on him. It is against the gun store’s policy to have a loaded gun outside the designated indoor firing range.

Lopinto says this prompted store employees to ask Williams to either unload the gun or leave the loaded gun in his vehicle outside.

There was no argument between Williams and the store employees over the shop rule but Lopinto says Williams appeared to be reluctantly complying with the store clerks as he began walking back to the store entrance. That is when Lopinto says the situation devolved. 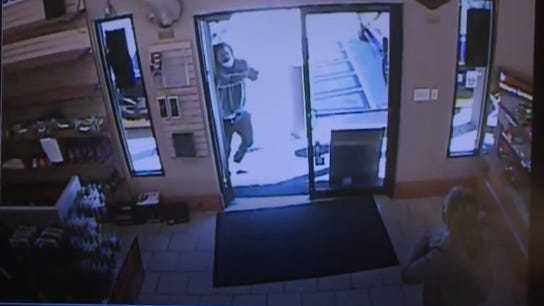 “When he got to the door itself he opened up the door..standing in the door...keeping it open with his body...he produced the firearm at that time and took a shot out into the parking lot. When he took that shot he immediately turned the gun inward towards the store.”

Standing at the store counter at this time, is Veronica Billiot who was there to pick up a firearm she had purchased. Hearing Williams fire his gun, Billiot then walks to the door presumably to exit the store and that is when Williams fires two shots, at Billiot, killing her, says Lopinto.

“Then Mr. Williams trained the gun back towards the counter and exchanged rounds of bullets with several employees that were back behind the counter. He hit one of those employees in the arm,” said Lopinto.

Security video shows Williams then leaves the store briefly only to reenter the store and continued his shooting rampage.

“The employees at this time are covering. They are down on the ground behind the counter,” said Lopinto. He says when Williams reentered the store he finds Herbert ‘Noah’ Fischbach who had exchanged gun fire with Williams in the initial gunfight.

“He is on the ground with his back towards Mr. Williams when he fires two shots into him. One of those wounds being fatal to Noah Fischbach at that time,” said Lopinto.

Williams’ shooting spree continued as he walks to the back of the store looking for more victims but soon after, begins to leave the store again. That is when Williams encounters another employee on his way out who he then shoots in the arm according to Lopinto.

There was a conceal carry class in session in a room upstairs. Hearing the gun fire the instructors and class students were able to safely evacuate the building.

In all, Lopinto says eight guns involved in the shoot out were recovered. The entire incident was caught on store security cameras. Lopinto says full ballistics analyst will be completed soon. Lopinto says he still has no answers as to a motive for the shooting.