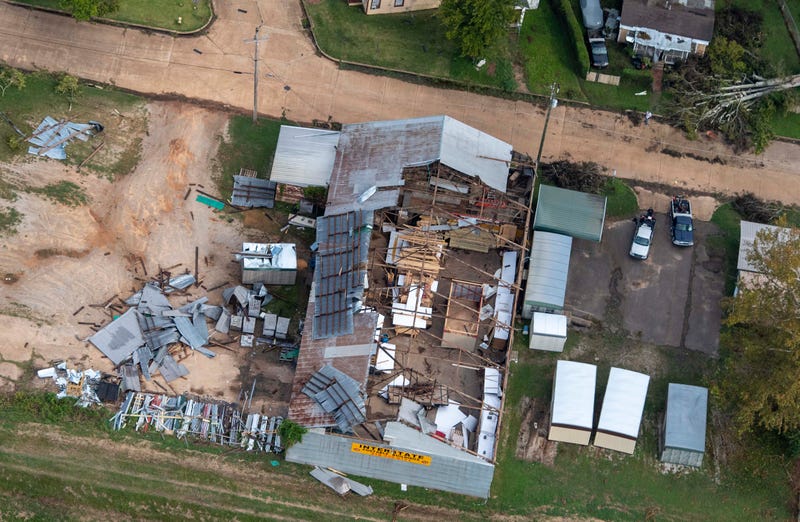 Today marks five months since Hurricane Laura made landfall in southwest Louisiana causing massive damage and the rebuild is far from complete. Governor John Bel Edwards says he’s asked President Joe Biden and Congress to approve an additional three-billion dollars in assistance.
“Once available the funding can be used for things like rebuilding people’s homes, creating affordable rental housing, hazard mitigation, modernizing infrastructure. you can compensate for agricultural losses,” said Edwards.
The governor made a similar request with the Trump administration, but it was never fulfilled.
Edwards says President Biden has told him he understands what the needs are in southwest Louisiana and they also have an ally in former Louisiana Congressman Cedric Richmond, who serves as the President’s advisor.
“Every time he speaks about what the priorities are he mentions Louisiana’s hurricane recovery efforts and we’ve had a really good help out of our Congressional delegation,” said Edwards.
An estimated 47,000 homes in 21 parishes were damaged by Hurricane Laura. Edwards says they still have 684 evacuees living in hotels in New Orleans and Lafayette.
“Case managers have been assigned to each of these families, that happened a long time ago, to determine their eligibility for housing assistance and what other assistance can be brought to bear to help these families, because we want them to go home as well,” said Edwards.
Despite the struggles, Lake Charles Mayor Nic Hunter believes the recovery is ahead of schedule, based on the conversations he’s had with other mayors who have dealt with major natural disasters.
“The biggest response I get is I can’t believe that y’all are where you are right now in four-five months after what you went through and they tell me stories about how it took them a year or so more to get to where we are today,” said Hunter.