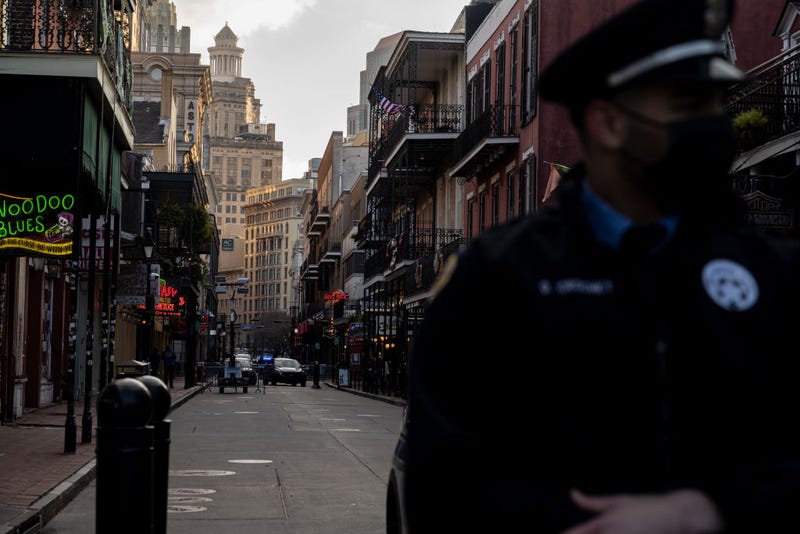 A recent consent decree monitor report states the NOPD has not met its goals and that there is more work that needs to be done. Areas of concern include ‘supervision, stop searches and arrests, and performance evaluations.' Newell invited Rafael Goyeneche from the Metropolitan Crime Commission onto the program Monday morning to discuss.

“I was - I guess, surprised, as one way of putting it, as to the most recent monitor report,” Newell began.  “It seems as though just a couple of months ago, things were moving in a really good direction and we were talking about coming out from under this, and all of a sudden, it seems as though people got thrown a curveball!”

“I've read the report and I've spoken to the monitors,” Goyeneche said, “And I think everyone was kind of basing their outlook on having been deemed to be in substantial compliance based on the last report. And, you know, after speaking to the monitors and reading their most recent report, they basically said that the police department, in their opinion, lost some focus in the past year. Part of it was due to the cyber attack, which siphoned away resources from the department and then pandemic and the social unrest over the summer. So there's probably three major areas that we're lacking in. And as soon as the police department becomes substantially compliant in those areas then they can begin the two-year windup process to be released from the consent decree.”

“But isn't this an inherent problem with consent decrees?” Newell asked. “I mean, I was sheriff for 10 years and there wasn't wasn't a day gone by that we weren't dealing with curve balls that were being thrown at us, whether it be separations from the office that we had no control over, retirements or otherwise, where there's always challenges that are going on. And you're not on your best game as it relates to a lot of these issues every single solitary day of the year.”

“I get it. I know you understand this,” Goyeneche answered. “It's different because we have to go back to  2010 or 2011, when this consent decree was about to be formalized and the Department of Justice documented a number of systemic problems within the police department, and this consent decree, if it is not the toughest, the very close to it, with over 492 different paragraphs that the police department needs to be deemed to be in substantial compliance with. People forget in many instances how bad things were. And I agree with some people's assessment that they are maybe being too picky… but the only way that we're going to be released from it is to buckle down, dot the I's and cross the T’s and get in substantial compliance with this thing. And there are a number of different problems, some of which don't fall within the purview of the police department, some of which are the results of the mayor and the council not giving the police department the resources that they need to do all of the provisions of the consent decree - but complaining about it isn't going to remedy this. Speaking with the monitors, they believe the police department can achieve that, if not by the second quarter of this year, maybe the third quarter of this year. So that should be the focus of the police department. All of the complaining isn't going to achieve anything. You just need to get it done.”